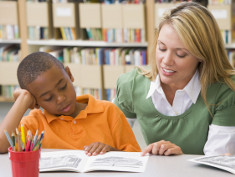 Children with ADHD, even when treated with medication, continue to experience symptoms; © Cathy Yeulet/panthermedia.net

Nine out of 10 young children with moderate to severe attention-deficit hyperactivity disorder (ADHD) continue to experience serious, often severe symptoms and impairment long after their original diagnoses and, in many cases, despite treatment, according to a federally funded multi-center study led by investigators at Johns Hopkins Children's Center.

The study is the largest long-term analysis to date of preschoolers with ADHD, the investigators say, and sheds much-needed light on the natural course of a condition that is being diagnosed at an increasingly earlier age.

"ADHD is becoming a more common diagnosis in early childhood, so understanding how the disorder progresses in this age group is critical," says lead investigator Mark Riddle, a pediatric psychiatrist at Johns Hopkins Children's Center. "We found that ADHD in preschoolers is a chronic and rather persistent condition, one that requires better long-term behavioral and pharmacological treatments than we currently have."

The study shows that nearly 90 percent of the 186 youngsters followed continued to struggle with ADHD symptoms six years after diagnosis. Children taking ADHD medication had just as severe symptoms as those who were medication-free, the study found.

Children with ADHD, ages 3 to 5, were enrolled in the study, treated for several months, after which they were referred to community pediatricians for ongoing care. Over the next six years, the researchers used detailed reports from parents and teachers to track the children's behavior, school performance and the frequency and severity of three of ADHD's hallmark symptoms – inattention, hyperactivity and impulsivity. The children also had full diagnostic workups by the study's clinicians at the beginning, halfway through and at the end of the research.

"Our study was not designed to answer these questions, but whatever the reason may be, it is worrisome that children with ADHD, even when treated with medication, continue to experience symptoms, and what we need to find out is why that is and how we can do better," Riddle says.

Children who had oppositional defiant disorder or conduct disorder in addition to ADHD were 30 percent more likely to experience persistent ADHD symptoms six years after diagnosis, compared with children whose sole diagnosis was ADHD.

ADHD is considered a neurobehavioral condition and is marked by inability to concentrate, restlessness, hyperactivity and impulsive behavior. It can have profound and long-lasting effects on a child's intellectual and emotional development, Riddle says. It can impair learning, academic performance, peer and family relationships and even physical safety. Past research has found that children with ADHD are at higher risk for injuries and hospitalizations.

More than 7 percent of U.S. children are currently treated for ADHD, the investigators say. The annual economic burden of the condition is estimated to be between $36 billion and $52 billion, according to researchers.