Altered diagnosis has led to growth in autism 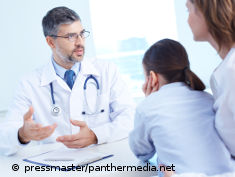 More than half of the increases in the Danish autism statistics can be explained by changes in the way diagnosis are made and cases registered; ©pressmaster/ panthermedia.net

More than half of the increases in the Danish autism statistics can be explained by changes in the way diagnosis are made and cases registered. This is shown by a new study from Aarhus University which, for the first time, confirms a widespread hypothesis.

Only forty per cent of the notable increase in autism cases that has been registered during the past few decades is due to causes that are as yet unknown. The majority of the increase – a total of sixty per cent – can now be explained by two combined factors: changes in the diagnostic criteria and in the registration to the national health registers. This is shown by a new study of disease prevalence among all individuals born in Denmark in the period 1980-1991, a total of 677,915 individuals.

For the first time, researchers are able to confirm a widespread hypothesis, which is that an altered focus on autism can directly explain the majority of the dramatic increase in the disorder's statistics: "What our study shows is that you cannot really talk about an autism epidemic, even though Denmark and other countries are currently experiencing a dramatic increase in the number of cases of autism spectrum disorders. We can see that a large part of the explanation lies in the huge changes in the area of diagnosis and registration which took place in the middle of the 1990s," says PhD student Stefan Nygaard Hansen from Aarhus University.

The researchers have specifically focused on a change in the diagnostic system used by psychiatrists. This change occurred in 1994 and meant that autism is today recognized as a whole spectrum of disorders. But it also included an alteration in the specific symptoms that form the basis of the autism diagnosis.

The other important change took place in 1995 when the Danish national health registers began to include diagnoses made in connection with outpatient consultations. Before then, only diagnoses from hospital admissions were recorded.

Both changes have thus occurred after the period in which the persons incorporated in the study were born. This has made it possible to compare the number of diagnoses made before and after the alterations within the same birth cohorts. "Putting it simply, we can say that a person with an autism diagnosis has a slightly different symptom profile after the middle of the 1990s than previously, which is reflected in the statistics," says Nygaard Hansen.

"But even though we have now shown that a large part of the increase among the Danish population is due to changes in diagnostic and registration systems, it is still important to point to the forty 40 per cent of the increase which we cannot explain. We therefore need to continue to look for the factors which can explain this," says Erik Parner, Aarhus University.

More about the Aarhus University at: www.au.dk