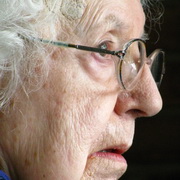 Two-thirds of people over the age
of 65 who have the disease are
women; © SXC

Many women suffer memory loss and/or confusion at some point in their lives, but as many as 5 million Americans suffer from a much more serious disease, Alzheimer's. According to statistics from the National Institute on Aging, Alzheimer's disease is the most common form of dementia in older people.

Alzheimer's is a progressive brain disease. It is irreversible and causes a decline in memory and cognitive skills. Alzheimer's disease is the seventh leading cause of death in the United States. It is the only cause of death among the top 10 that cannot be prevented, cured or even significantly arrested. Two-thirds of people over the age of 65 who have the disease are women. This is a startling statistic, and one that requires increased attention and research.

"Clearly, this is an illness of women more than men," said Victor Henderson of Stanford University. "In part, it has to do with the fact that women live longer than men. There are real differences in longevity."

Researchers have long studied the relationship between the hormone oestrogen and Alzheimer's disease, but the results have been inconclusive thus far. "There are other risk factors that may come into play," said Henderson, "which can further explain why women may be predisposed to Alzheimer's disease." Some of these factors include: family history, genetics, and some evidence suggests heart disease.

One of the first signs of Alzheimer's disease may be forgetfulness and difficulty remembering newly learned information. But the disease gradually gets worse. According to the National Alzheimer's Association in Chicago, other symptoms develop over time and may include:

• Challenges in planning or problem solving.
• Difficulty completing familiar tasks at home, at work, or at leisure.
• Confusion with time or place.
• Trouble understanding visual images and spatial relationships.
• New problems with words in speech or writing.
• Misplacing objects and losing the ability to retrace steps.
• Decreased or poor judgment.
• Withdrawal from work or social activities.
• Changes in mood and personality.

In addition to women being affected by Alzheimer's disease more than men, they also bear the burden of caregiver more often than men, which compounds the social and psychological burden of disease on women.


- More about the Stanford University at www.stanford.edu