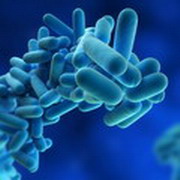 Identification of the genes will help
researchers find ways to determine
the risk of developing the disease;
© S. Kaulitzki/panthermedia.net

Researchers from a consortium that includes Columbia University Medical Center identified four new genes linked to late-onset Alzheimer's disease. Each of these genes adds to the risk of developing this most common form of the disease, and together they offer a portal into the causes of Alzheimer's.

Their identification will help researchers find ways to determine who is at risk of developing the disease, which will be critical as preventive measures become available, and to identify proteins and pathways for drug development.

"A significant aspect of our research is that these genes clarify three new pathways," said Richard Mayeux, one of the lead scientists in the Alzheimer's Disease Genetics Consortium from Columbia University Medical Center. "APOE-e4 and the other genes identified earlier are related to the accumulation of amyloid in the brain; these new genes are involved in inflammatory processes, lipid metabolism, and the movement of molecules within cells. Therefore, we may now have four pathways that are critically related to the disease and that could really make a difference in how we study and potentially prevent and treat it."

The study reports genetic analysis of more than 11,000 people with Alzheimer's and a nearly equal number of elderly people with no symptoms of dementia. Three other consortia provided additional, confirming data, bringing the total number of people studied to more than 54,000.

"This is the culmination of years of work on Alzheimer's disease by a large number of scientists, yet it is just the beginning in defining how genes influence memory and intellectual function as we age. We're all tremendously excited by our progress so far, but much remains to be done, both in understanding the genetics and in defining how these genes influence the disease process," said Schellenberg, one of the scientists.

Until recently, only four genes associated with late-onset Alzheimer's had been confirmed, with the gene for apolipoprotein E-e4 (APOE-e4) having the largest effect on risk. The Nature Genetics studies add another four: MS4A, CD2AP, CD33, and EPHA1. The studies also contributed to the identification and confirmation of two other genes, BIN1 and ABCA7.

The researchers' ultimate aims are two-fold. First, identification of new Alzheimer's disease genes will provide major clues as to its underlying cause. Genetic studies can also provide new insights into the molecules at the center of the disease. Such knowledge is critical for drug discovery, as currently available treatments are only marginally effective.

Second, gene discovery of the type highlighted in the Nature Genetics article will contribute to the ability to predict who is at greatest risk of developing Alzheimer's disease; this will be important as preventive measures become available. Identification of these risk genes will also help researchers to determine the disease-initiating steps that begin in the brain long before any symptoms of memory loss or intellectual decline are apparent. Eventually, it is hoped that researchers will be able to describe the events that lead to the destruction of large parts of the brain and, ultimately, complete loss of cognitive abilities.