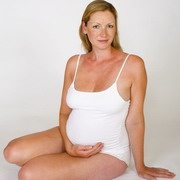 ROP is the second most common cause of childhood blindness in the United States, occurring in half of premature infants born earlier than or at 28 weeks gestational age. The condition is caused by abnormal blood vessel development in the retina of the eye. ROP risk increases with decreasing gestational age.

Researchers looked at a subset of data from a previous multicenter trial that randomised 302 preterm infants to receive either rhSOD or placebo for prevention of bronchopulmonary dysplasia (a chronic lung condition that affects newborn babies). Researchers analysed the data looking specifically at the incidence and severity of ROP in extremely low gestational age newborns.

Within the entire cohort, there were no significant differences in ROP in newborns given placebo versus those given rhSOD. However, those born earlier than 26 weeks (72 babies) had a 22 per cent reduction in ROP. The abnormality was reduced by 53 per cent for babies born earlier than 25 weeks (24 babies).

"Even though strides have been made in developing interventions to stop ROP from progressing to blindness, there are currently no therapies available for ROP prevention," said Doctor Richard Parad. "There is a large need for the preventive approach that rhSOD could potentially provide."

The researchers note that while looking at ROP was not the primary outcome for which the prior study was designed, this post-hoc analysis was carefully re-focused on the tiniest babies with the highest ROP risk based on recent advances in the understanding of how ROP develops and on evidence from prior studies of other antioxidants that suggested such agents might interfere with development of ROP.


- More about the Brigham and Women's Hospital at: www.brighamandwomens.org