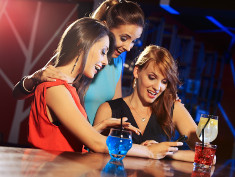 A free smartphone application (app) aimed at younger people, which puts important information about the condition in their hands wherever they are, has notched up more than 1,100 downloads in its first year.

The Type 1 Diabetes Friend: Alcohol Guide was developed jointly by Bournemouth University (BU) and Poole Hospital’s Diabetes Centre. It aims to help keep younger people safe when drinking alcohol by providing essential information about how alcohol may affect their body, as well as how much is safe. It also gives advice on what people with the condition should do before and after they go on a night out, and what action they may need to take if they drink different types of alcohol.

People with Type 1 diabetes need to be particularly careful when drinking alcohol as it significantly increases the risk of hypoglycaemia (low blood sugar levels) which can, in severe cases, lead to convulsions and loss of consciousness. The app is aimed at young people with the condition and was developed by BU’s Andy Pulman, in conjunction with Poole Hospital Diabetes Centre.

“Different drinks have different alcohol, sugar and carbohydrate levels,” said Andy, who created the app as part of his PhD at BU. “The app gives them information about what they should do if they are going out, and what effect different alcoholic drinks might have on their body.” Andy came up with the idea for the app after interviewing patients with Type 1 diabetes, aged between 18 and 21, at Poole Hospital. People are often diagnosed with Type 1 diabetes at a young age and have to take insulin injections for life, making sure their blood sugar levels stay balanced through diet and regular blood testing.

Andy said: “Young people with diabetes are just like anyone else – chances are they will be drinking, but don’t necessarily want to tell their parents or doctors about it. The idea of this is to have a friendly adviser that they can look to for information but is not seen as being direct nagging from either the health service or their parents. Today’s young people have grown up with technology and will always have their phone near them.”

Alongside profiles of different drinks and the levels of sugar and alcohol they contain – as well as what people with diabetes may need to do if they drink them – the app details typical symptoms of hypoglycaemia and what they should do if their blood sugar levels are low.

“People can mistake the symptoms of a hypo for someone being drunk, as there are some side effects like being aggressive,” said Andy. “The main things for people with Type 1 Diabetes who are drinking alcohol are making sure that they take some long-acting insulin before they go out and eat some carbohydrates before going to bed.”

The app is available on the Apple Store and for Android phones and has already had more than 1,100 downloads from across the world – including the US, Australia, Israel and Sweden. Andy said: “The amount of people downloading it just shows the power for apps to address issues of health. People might not have access to that kind of information in their own countries. Diabetes is one of the biggest issues for the health service and I think people should be doing a lot more to make use of technology.”

The information was checked and approved by the Patient Advice and Liaison Service at Poole Hospital, and has the Information Standard logo applied to it - the first app to have gone through this process at the hospital.

Mike Masding, a diabetes consultant, and Jai Hill, diabetes nurse specialist, worked with Andy to develop the app. “The app is a brilliant way in which we can encourage younger people to take important information about their condition with them wherever they happen to be,” said Masding. “Whilst control of diabetes is important, we don’t want their condition to rule the lives of young people with type 1 diabetes. Drinking is something a lot of younger people do, and of course it’s fine in moderation. Add diabetes to the mix, though, and the potential for unwanted side-effects, such as hypoglycaemia, is very real. This app is an important way in which we can provide that crucial information in a format which would have been unthinkable just a few years ago.”

More about the Bournemouth University at: www.home.bournemouth.ac.uk