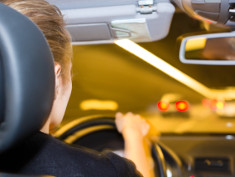 In the first pilot study asking adults on the autism spectrum about their experiences with driving, researchers at Drexel University found significant differences in self-reported driving behaviors and perceptions of driving ability in comparison to non-autistic adults.

As the population of adults with autism continues growing rapidly, the survey provides a first step toward identifying whether this population has unmet needs for educational supports to empower safe driving – a key element of independent functioning in many people's lives.

"Previous research in my lab has included extensive research in driving capacity with people who have a variety of conditions such as multiple sclerosis or who had experienced traumatic brain injury," said study co-author Maria Schultheis, an associate professor of psychology at Drexel. "When we investigate whether and under what circumstances a condition or neurological difference might affect driving ability, as a standard starting point we want to go to individuals and find out from their perspective what problems they are having on the road, in their real-world experience. That question is pivotal to shape and inform the goals of long-term research – and is especially important when we turn to look at a developmental difference like autism, where there has been too little research to establish yet whether widespread driving difficulties exist."

Only a few previous studies have examined driving ability in individuals with autism, and those studies focused on adolescents and new drivers rather than experienced adult drivers. These studies relied on parent surveys and evaluations of discrete aspects of driving performance. The new Drexel study used a validated survey that has been extensively used in driving research, and asked adult licensed drivers on the autism spectrum to describe their first-hand, real-world driving experiences.

"We were beginning to see discussion in the research literature that aspects of autism spectrum disorders, such as neurocognitive challenges and social recognition difficulties, could make it likely that members of this population would experience significant challenges with driving," said the study's lead author Brian Daly, an assistant professor of psychology in Drexel's College of Arts and Sciences. "But that assumption hadn't been studied in adult drivers, or based on the experiences of the drivers themselves – so these were the questions we explored."

In this survey, adults with autism spectrum disorders reported earning their drivers' licenses at a later age, driving less frequently and putting more restrictions on their own driving behaviors (such as avoiding driving on highways or at night), on average compared to non-autistic adults. The respondents with autism spectrum disorders also reported more traffic violations.

Because this pilot study was relatively small and based on self-reports of 78 ASD respondents and 94 non-ASD comparison participants, Schultheis and Daly noted that the differences they found were open to several possible interpretations. Autistic adults may have reported driving less often and restricting their behaviors out of self-awareness of actual difficulties or deficiencies in their driving. These difficulties and/or reduced driving exposure could also explain the higher rate of reported violations. Alternatively, it is possible that the respondents on the autism spectrum were more honest in their answers, but no worse at driving than everyone else.

"In driving research, it's well established that people have a positive bias when reporting their own driving skills," said Schultheis. "Because the study relied on self-reported answers, we can't rule out whether the respondents with autism were simply being more descriptive and honest about their difficulties than the control group."

One intriguing finding that Daly and Schultheis noted was that the difficulties adults with autism reported were not clustered in any specific areas, such as problems related to social processing of other drivers' or pedestrians' expected behaviors, or difficulties with neurocognitive aspects of driving such as motion perception and reaction time. "It suggests that the challenges these individuals are facing are more global than specific," Daly said.

"This is such an important study," said Paul Shattuck, an associate professor and director of the research program area in life course outcomes at the A.J. Drexel Autism Institute, who was not involved in conducting the study. "Cognitively-able adults on the autism spectrum face many barriers to full participation in society. Facilitating access to transportation options will increase the capacity for these adults to contribute to their communities."

Daly and Schultheis are continuing to investigate driving behavior in adults with autism through further research, with funding from the A.J. Drexel Autism Institute, the first autism research center focused on a public health science approach. In the next phase of research, the team is using driving simulation in Schultheis' lab to objectively capture aspects of actual driving performance in adults on the autism spectrum.

"This is a first step toward identifying, categorizing and quantifying challenges that may exist in this population," Schultheis said. "What we find will help determine what needs there may be for interventions, from driver education programs to different kinds of training exposures."