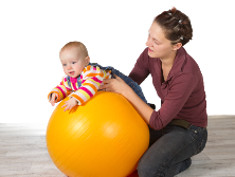 Children with developmental disabilities are at higher risk for abuse and neglect from parents than children developing at a typical rate. So far, there was little evidence of specific parental behaviors that were associated with the risk, but a Saint Louis University (SLU) study finds inappropriate expectations and lack of empathy play a significant role in triggering the risk.

Debra Zand, Ph.D., associate professor of pediatrics at SLU and the principal investigator of the project, conducted the study in a small group of parents in St. Louis with 67 participants.

"We already know that children with delayed or developmental problems are at 1.7 times greater risk for abuse than children without disabilities. In this study, we wanted to investigate areas of a parent's behavior or reaction that might increase this risk," Zand said.

Zand and her team recruited a group of parents (diverse in race, education and income) with children who have disabilities. Her team found that parents expected more and empathized less than the parents of children who don't have disabilities. The other categories of behavioral measurement included attitudes about punishment, perceived parent-child roles, and oppressing children's power and independence.

This group of parents often feels stressed and frustrated when their kids don't perform according to their expectations, which may lead to abusive behavior against children, Zand explained.

She says it's acceptable to push children a little out of their comfort zone, so they can grow and learn. But more often than not, parents have a difficult time understanding their child's experience and end up expecting more from them.

Zand believes pediatricians need to assess attitudes of parents that could increase the risk of abuse toward children and hinder the child from reaching his or her full potential.

"Parents often learn about appropriate parental behavior from a doctor, so pediatricians can educate them about healthy ways of dealing with their children," Zand said. "It can be an interactive session in which parents can ask pediatricians suggestions on how to make the situation better for the children."

It's also important for pediatricians to educate parents about the difference between spoiling a child and attending to his or her needs, Zand said.

"In addition to all this, parents need to find strong social support groups and engage in activities that help them be happy and feel competent," she said.

More about the Saint Louis University at: www.slu.edu