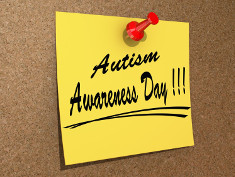 Autism Awareness Month each April brings blue lights and puzzle shapes out to shine in many communities – but does it actually lead to increased autism awareness? According to a new analysis of web search trends by researchers at Drexel University, it does appear to drive an increase in Google searches for autism – by a third over searches in March in recent years.

Brian K. Lee, an assistant professor in the Drexel University School of Public Health and research fellow of the A.J. Drexel Autism Institute, was senior author of the study with public health doctoral student Elizabeth DeVilbiss.

Using the Google trends tool, they analyzed web search queries for the terms "autism" and "Asperger's" from January 2004 through April 2014 in the United States. They also compared these trends with searches for "ADHD" to assess the possible influence of broader trends in public interest in mental health issues of special interest to younger populations.

The overall search interest in "autism" was sustained but not increasing over the ten-year span the researchers analyzed. In contrast, "Asperger's" searches had a long-term increasing trend, with the term's popularity overall 255 percent higher in January 2014 in comparison to January 2004.

Lee and DeVelbiss pointed out a few additional spikes in the search trends that may correspond to high-impact media coverage of autism and Asperger's disorder outside of the April awareness campaigns. The Google trends tool allows users to overlay related news headlines for search terms alongside the trend chart. Lee warned that conclusions about the correlation of news headlines to search trends should be considered with caution because many could be simply accidental correlations. However, three non-April spikes were of particular note:

In September 2007, the largest monthly increase (80 percent) in searches for "autism" during the 2004-2014 span occurred. In this month, The Oprah Winfrey Show aired a high-profile segment on September 18 featuring Jenny McCarthy and Holly Robinson Peete discussing their sons with autism.

In December 2012, searches for "Asperger's" increased by 122 percent over November 2012. This increase corresponded with heavy publicity regarding the planned elimination of Asperger's as a standalone diagnosis in the DSM-V.

Autism is not the only condition for which awareness months have been linked to increased search activity. A 2011 study in BMC Cancer reported that searches for breast cancer increased each October during Breast Cancer Awareness Month between 2004 and 2009, but much lower search activity occurred for prostate and lung cancers during their respective awareness months. Search activity is also far from the entire picture of creating awareness of autism and other conditions. Whether useful and accessible information is available as a result of that search is important.

"Whether increased awareness is meaningful is another question," Lee said. "When a parent performs a web search, does it lead to recognition of autism in their child? Does it lead to seeking clinical testing and services?" Search trends can't answer those questions, but can provide a glimpse of public interest in a topic.