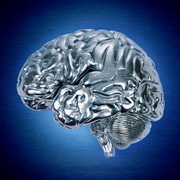 A new Northwestern Medicine brain-machine technology delivers messages from the brain directly to the muscles - bypassing the spinal cord - to enable voluntary and complex movement of a paralysed hand. The device could eventually be tested on, and perhaps aid, paralysed patients.

“We are eavesdropping on the natural electrical signals from the brain that tell the arm and hand how to move, and sending those signals directly to the muscles,” said Lee E. Miller of Northwestern University Feinberg School of Medicine. “This connection from brain to muscles might someday be used to help patients paralysed due to spinal cord injury perform activities of daily living and achieve greater independence.”

The research was done in monkeys, whose electrical brain and muscle signals were recorded by implanted electrodes when they grasped a ball, lifted it and released it into a small tube. Those recordings allowed the researchers to develop an algorithm or “decoder” that enabled them to process the brain signals and predict the patterns of muscle activity when the monkeys wanted to move the ball.

The researchers gave the monkeys a local anesthetic to block nerve activity at the elbow, causing temporary, painless paralysis of the hand. With the help of the special devices in the brain and the arm – together called a neuroprosthesis - the monkeys’ brain signals were used to control tiny electric currents delivered in less than 40 milliseconds to their muscles, causing them to contract, and allowing the monkeys to pick up the ball and complete the task nearly as well as they did before.

“The monkey won’t use his hand perfectly, but there is a process of motor learning that we think is very similar to the process you go through when you learn to use a new computer mouse or a different tennis racquet. Things are different and you learn to adjust to them,” said Miller.

Because the researchers computed the relationship between brain activity and muscle activity, the neuroprosthesis actually senses and interprets a variety of movements a monkey may want to make, theoretically enabling it to make a range of voluntary hand movements.

“This gives the monkey voluntary control of his hand that is not possible with the current clinical prostheses,” Miller said.