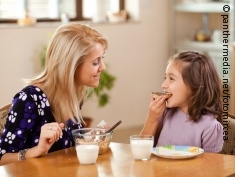 Brazilian scientists from the D'Or Institute of Research and Education (IDOR) and the Federal University of Minas Gerais (UFMG) found that kids with Attention Deficit Hyperactive Disorder (ADHD) kids and their mothers are more likely to have shorter telomeres, a hallmark of cellular aging, which is associated with increased risk for chronic diseases and conditions like diabetes, obesity and cancer.

Telomeres cap the ends of chromosomes and act as protection against the loss of protein-coding DNA during cell division. While telomere shortening happens naturally with aging, researches indicate the process is accelerated by psychological and biological stress. The shorter the telomeres are, shorter is the biological "life expectancy" of one.

The study, published in Frontiers of Molecular Neuroscience, assessed the length of telomeres from 61 ADHD children (age 6 to 16) and their parents. Even among the children, who are beginning their lives, researchers found shorter telomeres than those that would be expected for their ages. Although mother's telomeres were also shorter, they did not find any alteration in the father's telomere length.

The researchers believe the phenomenon is due to the stress that ADHD symptoms generate for the children and their mothers. Mothers are in most cases the main caretaker of the offspring, showing higher levels of depressive disorders and stress in parenting their children than fathers. ADHD symptoms usually appear during childhood and vary from inattention, hyperactivity and impulsivity – a combination that can produce negative effects on children's and its relative's lives.

"When people think about behavioral issues with children, they think about the psychological component and how that impacts school performance and interaction with society", points out one of the study's authors, neuropsychiatry Paulo Mattos from IDOR. "These kind of impact are real, but what we are showing for the first time now is that TDAH can impact at the cellular level, at the DNA."

The researchers also noticed that hyperactivity symptoms are more related to the telomere length than inattention symptoms. They observed that higher levels of hyperactivity in children were associated with shorter relative telomere in ADHD children and in their mothers.

"This makes sense if you think that hyperactivity is the symptom that affects more negatively the family and causes more stress", say Mattos. "It is usually the reason why parents search for medical care in the first place."

The findings underscore the importance of intervening early to address behavior issues in children to prevent psychosocial stress and shortening of telomeres.

"Decrease the hyperactivity and impulsivity levels in children is fundamental to them and their mothers and this can be achieved by several behavioral techniques applied as soon as possible", affirms another author of the study, geneticist and pediatrician Débora Miranda from UFMG.

More about the D'Or Institute for Research and Education at: www.idor.org