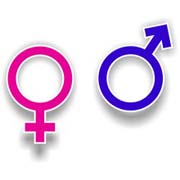 A new report reveals that children with epilepsy are more likely to have psychiatric symptoms, with gender a determining factor in their development. Findings showed that girls had more emotional problems, while boys had more hyperactivity/inattention problems and issues regarding peer relationships.

Previous studies have shown that children with epilepsy are at increased risk of developing behavioural problems and psychiatric disorders including anxiety, depression, and attention-deficit/hyperactivity disorder (ADHD).

In a 2003 population-based study, psychiatric disorders were reported in 37 percent of children with epilepsy, while children with diabetes and those in the healthy control group were much lower at 11 percent and 9 percent, respectively. Medical evidence, however, has not clearly established when children or teens with epilepsy may be vulnerable to developing psychiatric issues, or how gender influences psychopathology in epilepsy.

The current study used data collected by the Norwegian Health Services Research Centre in a 2002 health profile questionnaire. For children in the eight to 13 years of age group, there were 14,699 parents who completed the questionnaire which included questions on topics such as sociodemographic conditions, physical and mental health, and psychosocial conditions.

Based upon parent's response to the health questionnaire, 111 children were identified with epilepsy, of whom 110 completed the questions included in the SDQ. Researchers found that children with epilepsy had a significantly higher frequency of psychiatric symptoms compared with healthy controls. Boys had a higher risk of psychiatric symptoms than girls in both the epilepsy population and in controls.

Additional risk factors were low socioeconomic status (living in a single family home, family income below poverty limit), having another chronic disease (asthma/diabetes) and epilepsy. However, these independent risk factors contributed with different prominence to psychiatric problems in boys and girls in the epilepsy population.

Having or having had epilepsy was a much stronger risk factor of developing psychiatric problems in girls, whereas boys with epilepsy seemed almost as affected by low socioeconomic status as having epilepsy. The authors say the reason for this remains unclear, however a previous study found a more negative attitude towards having epilepsy in girls than in boys.


- More about Wiley - Blackwell at: www.wileyblackwell.com