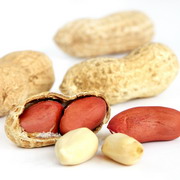 Kids in big cities are more than
twice as likely to have peanut
allergy; © panthermedia.net/
Miroslav Beneda

Children living in urban centres have a much higher prevalence of food allergies than those living in rural areas, according to a new study, which is the first to map children's food allergies by geographical location in the United States.

In particular, kids in big cities are more than twice as likely to have peanut and shellfish allergies compared to rural communities. "We have found for the first time that higher population density corresponds with a greater likelihood of food allergies in children," said Ruchi Gupta of Northwestern University. "This shows that environment has an impact on developing food allergies.

Similar trends have been seen for related conditions like asthma. The big question is – what in the environment is triggering them? A better understanding of environmental factors will help us with prevention efforts." Gupta said some of her future research will focus on trying to identify the environmental causes.

The study included 38,465 children, 18 years and under, who comprised a representative sample of U.S. households. Their food allergies were mapped by ZIP code. The key findings of the study: In urban centres 9.8 per cent of children have food allergies, compared to 6.2 per cent in rural communities, almost a 3.5 per cent difference.

Food allergies are equally severe regardless of where a child lives, the study found. Nearly 40 per cent of food-allergic children in the study had already experienced a severe, life-threatening reaction to food.