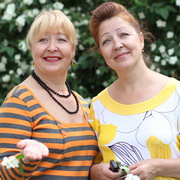 Both subjective and objective cognitive impairment are highly common among non-demented elderly Swedes, with an overall prevalence of 39 per cent and 25 per cent respectively, according to a nationwide twin study by researchers of Karolinska Institutet.

The study confirms higher education as a major protective factor and stresses the importance of environmental aspects over genes in mild cognitive disorders in old age.

The study also highlights that subjective and objective cognitive impairment has distinct socio-demographic profiles. Specifically, when compared with people with objective cognitive impairment, elderly with subjective complaints only were more educated, more likely to be married, and to have higher socio-economic status – pointing to a possible protective effect of this favourable life conditions. Co-twin control analysis showed that the detrimental effect of lower educational level on cognitive functioning is largely independent by genetic background and early life environment.

"This underlies the relevance of adult life educational achievements for preserved cognitive functioning in older life", says Barbara Caracciolo, who led the study.


- More about the Karolinska Institutet at: www.ki.se