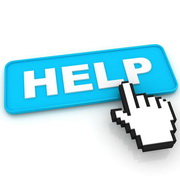 Social media can offer faster help
for falls of the elderly; © Illia
Uriadnikov/panthermedia.net

When the elderly suffer falls, many agencies should be alerted so that help can arrive as quickly as possible. Now researchers, students and physiotherapists are trying to connect fall alarms to social media.

Falls and injuries suffered by the elderly currently cost society enormous sums of money. “Fareseeing” is a major, high priority, EU project involving 11 participants at a cost of EUR 4.5 million. It is looking into how we discover and prevent falls among the elderly, and how we can achieve savings in this field.

“The project has established the world’s largest database containing information on the movements of the elderly just before and just after they suffer a fall,” says SINTEF ICT researcher Babak Farshchian. The SINTEF Group is the largest independent research organisation in Scandinavia. The abbreviation SINTEF means The Foundation for Scientific and Industrial Research at the Norwegian Institute of Technology (NTH). “This is made possible by sensors fixed to a belt worn on the hip which registers if the wearer feels faint or weak in the legs,” Farshchian says. Based on the data collected so far, it is possible to predict a person’s next fall with greater accuracy and alert him or her to sit or lie down.

The problem with falls is that it often takes a long time for help to arrive. So attempts are also being made to use technology to find ways of improving the situation. As a result, SINTEF ICT has been working together with Norwegian University of Science and Technology (NTNU) to develop a proposal by which social media technology can be used to raise the alarm in such situations, instead of sending an alert only to the formal care services provider.

“It’s easy to get the impression that Facebook is just for fun and recreational activities such as sharing photos and chatting about music, but we are only in the early stages of the use of this medium,” explains Farshchian. “Connecting the alarm to social media will enable potential assistance to be expanded into a “team” in which not only the municipal services, but also children and nearest neighbours can play a part. A person who has suffered a fall is often in pain and may be in shock. If the alarm is sent to many, help can get there quicker. This is vital both to the person who has suffered the fall, and their family.

SINTEF ICT has given a small group of NTNU students the task of developing an interface to social media. This has involved many technical and structural challenges related to system design and architecture, and compliance with regulatory requirements. SINTEF and NTNU have had to come up with a system in which fall data is stored outside the social medium, because such information is protected in law as personal data. “For this reason we have produced our own little version of Facebook,” explains Farshchian.

If the platform is approved, the municipalities themselves will be able to stipulate the names of the people who will be alerted. Companies manufacturing sensor technology have also been involved in the project. Since the municipalities control all the alarms requiring interconnection, this creates a number of challenges.

“We are not aiming to sell the platform. Our role is to show that we can improve existing alarm response services and that savings can be made.” says Farschian. “The service will be tried out in Trondheim next spring,” he says.


- More about SINTEF at: www.sintef.no