Dyslexia Linked to Difficulties in Perceiving Rhythmic Patterns in Music 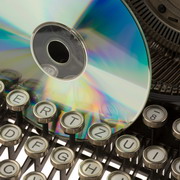 In a new study, researchers at Cambridge have shown, using a music task, that this is linked to a broader difficulty in perceiving rhythmic patterns, or metrical structure.

Children with dyslexia often find it difficult to count the number of syllables in spoken words or to determine whether words rhyme. These subtle difficulties are seen across languages with different writing systems and they indicate that the dyslexic brain has trouble processing the way that sounds in spoken language are structured.

Martina Huss, Usha Goswami and colleagues gave a group of 10-year-old children, with and without dyslexia, a listening task involving short tunes that had simple metrical structures with accents on certain notes. The children had to decide whether a pair of tunes sounded similar or different. To make two tunes sound "different", the researchers varied the length of the stronger notes.

The children with dyslexia found the music task quite difficult, even when presented with simple tunes containing just a few notes. The findings of the study indeed showed a strong relationship between the ability to perceive metrical structure in music and learning to read.

The researchers argue that the ability to perceive the alternation of strong and weak "beats" (stressed and unstressed syllables) is critical for the efficient perception of phonology in language. Furthermore, as rhythm is more overt in music than language, they suggest that early interventions based on musical games may offer previously unsuspected benefits for learning to read.


- More about Elsevier at: www.elsevier.com