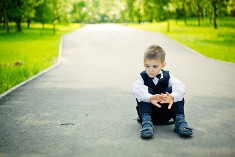 When given early treatment, children with autism spectrum disorders (ASD) made significant improvements in behavior, communication, and most strikingly, brain function, Yale School of Medicine researchers report in a new study.

ASDs are complex neurobiological disorders that inhibit a person's ability to communicate and develop social relationships, and are often accompanied by behavioral challenges. Until recently, autism diagnosis typically did not occur until a child was about three- to five-years-old, and treatment programs were geared for this older age group. Today, Volkmar and his team are diagnosing children as young as age one. Pivotal response treatment, developed at the University of California-Santa Barbara, combines developmental aspects of learning and development, and is easy to implement in children younger than age two.

In the current study, the team used functional magnetic resonance imaging - for the first time - to measure changes in brain activity after two five-year-olds with ASD received pivotal response treatment. Study co-author Pamela Ventola used this treatment method to identify distinct behavioral goals for each child in the study, and then reinforced these targeted skills with treatment involving motivational play activities.

The team found that children who received this treatment showed improvements in behavior, and being able to talk to other people. In addition, the Magnetic Resonance Imaging (MRI) and electroencephalogram revealed increased brain activity in the regions supporting social perception.

Their results are from two children, but the researchers are currently conducting a full-scale study of 60 children. Pelphrey said that while both children in the current study received the same type of treatment for ASD, the results were not homogenous because ASD is a multi-faceted disorder that has a unique effect on each child. Some children with ASD function on a higher level than others, for example.

"ASD is a heterogeneous disorder, and research aimed at understanding treatment must address this heterogeneity," said Pelphrey. "Both the children in our current study made progress, but their degree of progress and level of skills at the end of treatment were distinct."

Volkmar sees these results as a first step in a novel approach to treatment planning. "Autism research has come a long way," he said. "These findings are exciting because they show that early intervention works in autism."


- More about Yale University at: www.yale.edu