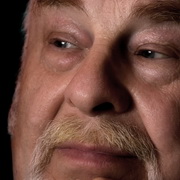 Scientists studying how the sense of smell changes as people age, found that olfactory sensory neurons in those 60 and over showed an unexpected response to odour that made it more difficult to distinguish specific smells.

According to the study those losing their sense of smell are at a higher risk of malnutrition since taste and smell are closely related, they may also be unable to detect spoiled food, leaking gas or toxic vapours.

Researchers looked at 440 subjects in two age groups – those 45- years-old and younger and those 60 and over. Their olfactory sensory neurons (OSNs) were tested for their responses to two distinct odours as well as subsets of those odours.

Restrepo wanted to determine if age-related differences in the function of OSNs might contribute to an impairment of the sense of smell. For this researchers biopsied cells from both age groups.

"Whereas cells from younger donors were highly selective in the odorants to which they responded, cells from older donors were more likely to respond to multiple odour stimuli… suggesting a loss of specificity," the study said.

The scientists had expected to find less OSNs in older subjects and they thought the neurons would be less likely to respond to stimuli. In fact, they found as many neurons in the old as the young but those over 60 could not differentiate between two odours, they blended together.


- More about the University of Colorado Denver at www.ucdenver.edu