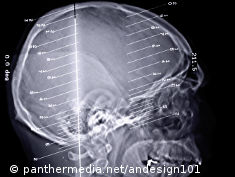 Brain surgery where certain portions of the brain are removed can be used to treat localization-related epilepsy; © panthermedia.net/andesign101

Brain surgery for otherwise hard-to-treat epilepsy is effective for up to 15 years, according to a new survey by Henry Ford Hospital physicians.

"These encouraging findings will be valuable during the decision-making process and counseling on different aspects of care in patients with epilepsy," says Vibhangini S. Wasade, M.D., a neurologist at Henry Ford Hospital and lead author of the study.

The study is published in Epilepsy & Behavior. A copy of the study is available online.

The findings were based on a telephone survey of patients who had a portion of their brains surgically removed, or resected, to treat localization-related epilepsy at Henry Ford during an 18-year period.

"Most previous studies looked at seizure and psychosocial outcomes at 2 to 5 years after surgery, and a few for up to 10 years," Wasade says. "We aimed to assess the long-term outcomes - up to 15 years - at our epilepsy center."

Drawing on Henry Ford's own patient database, the research team identified 470 patients who had resective epilepsy surgery from 1993 to 2011. Of those, 50 had died since their procedure.

"Phone surveys were chosen over mailed or in-person surveys because of the potential for a better response rate," Wasade explains, "especially given that a number of the patients may have moved out of the area and/or were not receiving their care at our institution."

Patients were asked about driving and employment status as well as antidepressant use in an effort to assess the psychosocial benefits of their epilepsy surgery.

After analyzing the survey responses, the researchers found:
A large majority of patients, 92 percent, considered epilepsy surgery worthwhile.
32 percent were seizure-free and 75 percent had favorable results.
Compared to before surgery, patients at the time of the survey were more likely to be driving and more likely to be taking antidepressant medication, but less likely to be working full time.
Most importantly, favorable and seizure-free outcome rates remained stable after surgery over long-term follow-up.

"We found that 35 percent of patients drove before surgery and 51 percent drove after their procedure - a statistically significant increase," Wasade said. "There also was a decrease in full-time employment status from before to after epilepsy surgery. This could be due to relative aging of the surveyed patients, who were comparatively older and undergoing surgery at a later age. About seven percent were retired, and 35 percent were not employed for reasons other than seizures." These included limited education and job training due to longstanding epilepsy or limited employment opportunities due to hard economic conditions at the time of the survey.

Wasade said the increase in antidepressant use noted in the survey may indicate continuing depression symptoms present before surgery, other ongoing illness, depression as a side effect of anti-epilepsy drugs, or better clinical recognition of epilepsy-related depression when compared to past years.