Excess Fat May Be 'Protective' in Seniors over 85 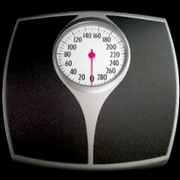 Obesity can decrease the risk of
mortality in people over 85
years of age; © Tel Aviv University

Obesity is considered the leading preventable cause of death worldwide — until you reach old age, that is. Though obesity increases the risk of an early death, shaving an average of six to seven years off a person's lifespan, Tel Aviv University researchers have found that this trend may reverse itself after the age of 85.

In these people, excess fat seems to have a "protective" effect, decreasing the risk of death when compared to those who are considered at a normal body weight.

When we reach a very old age, some of the factors that affect mortality in younger people may no longer be significant, explain Jiska Cohen-Mansfield and Rotem Perach of the Herczeg Institute on Aging and the Sackler Faculty of Medicine. Heavier people have lower rates of osteoporosis, which could decrease incidences of falls and subsequent injury. Obesity could also provide excess energy storage in times of trauma or stress, or prolong the period of weight loss caused by a decrease in appetite, a common occurrence as people near death.

Research has consistently shown that people who are underweight in their old age have a higher mortality risk. But until now, the protective impact of obesity on mortality in this same age group has been unexplored.

The study was based on data collected as part of the Cross Sectional and Longitudinal Aging Study (CALAS), which included 1,349 people between the ages of 75-94. Participants were asked basic questions about their height and weight, age, gender, family, education, socioeconomic status, and smoking history. Two decades after the data was first collected, the researchers completed a mortality analysis on the original sample. During the course of these 20 years, 95 per cent of the participants had died, leaving 59 subjects still living.

Obesity continued to be a predictor of death for those aged 75-84, notes Cohen-Mansfield. But past the age of 85, participants who were in the obese category were not only at lower risk of death than their underweight peers, but also appeared to be less at risk than those who had a normal weight as well.

There is a "selective survival" rate at play, say the researchers. Often, obese people die early in life due to obesity-related illnesses. So those who survive to old age could simply be more resilient. The same principle may be true of other factors, such as smoking.


- More about the American Friends of Tel Aviv University at: www.aftau.org