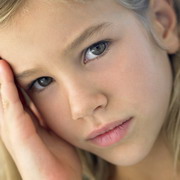 A recent trial shows cognitive-behavioural therapy (CBT) reduces functional disability and depressive symptoms in adolescents with juvenile fibromyalgia. The psychological intervention was found to be safe and effective, and proved to be superior to disease management education.

For the current trial, led by Susmita Kashikar-Zuck of Cincinnati Children's Hospital Medical Centre in Ohio, investigators recruited 114 adolescents between the ages of 11 and 18 years who were diagnosed with juvenile fibromyalgia. The trial was conducted at four paediatric rheumatology centres between December 2005 through 2009, with participants randomised to cognitive-behavioural therapy or fibromyalgia education, receiving eight weekly individual therapy sessions and two additional sessions in the six months following the end of active therapy.

Analyses showed that both patient groups displayed significant reduction in functional disability, pain, and depressive symptoms at the end of the trial. Paediatric participants in the cognitive-behavioural therapy group reported a significantly greater reduction in functional disability compared to those receiving fibromyalgia education. The therapy group had a 37 per cent improvement in disability compared to 12 per cent in the education cohort. Both groups had scores in the non-depressed range by the end of the study, but pain reduction was not clinically significant — a decrease in pain of less than 30 per cent for either group.


- More about the Wiley-Blackwell at: www.wiley.com