Fifty Plus in Ireland: Results from Study Of 8,000 Older People 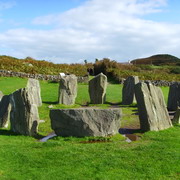 People with disabilities receive an
average of 118 hours of help
per month; © SXC

The first results from The Irish Longitudinal Study on Ageing (TILDA), a national study of 8,000 older people aged 50 and over in Ireland, were launched by the Minister for Health and Children, Dr James Reilly.

TILDA is the most comprehensive study ever conducted on ageing in Ireland. Between 2009- 2011, over 8,000 people aged 50 and over were randomly selected across the country and interviewed about many aspects of their lives including issues such as health, financial circumstances and quality of life. Almost 85 per cent of the participants also underwent a rigorous health assessment.

The same group will be interviewed every two years until 2018. This report, Fifty Plus in Ireland 2011: First Results from the Irish Longitudinal Study on Ageing, contains initial findings from the study.

Commenting on the significance of the study, Principal Investigator of TILDA and Professor of Medical Gerontology, Professor Rose Anne Kenny said: "The importance of this study cannot be understated. By collecting and analysing this data, we will be able to develop a much deeper understanding of the lives and circumstances of older people and of the factors which lead to good health and good quality of life in older ages."

The findings in the report cover many topics and show that there is considerable diversity across older adults in terms of the various dimensions of their lives. A selection of findings is highlighted below.
When the participants were asked about their quality of life, the following emerged.

The 50+s report that they derive considerable enjoyment from life. Eighty-five per cent report that they often enjoy the things they do, while 81 per cent often look forward to each day. Over 80 per cent feel that life is full of opportunities.

The report also shows how this group contributes significantly to their families and communities, in terms of both money and time. Specific examples of this are as follows: Over one third of people aged 50 and over provide practical household help including shopping and household chores to their children who are not living with them and nearly half provide care to grandchildren.

The report shows the extent to which health declines across age groups and two examples of this are as follows: Seventy nine per cent of those aged between 50 and 64 say that their health is excellent, very good or good but this falls to 66 per cent for people aged 75 and older.

Among other findings are the following: On the issue of mental health, we find that 10 per cent of respondents reported clinically significant depressive symptoms while a further 18 per cent reported 'sub-threshold' depression.


- More about the Trinity College Dublin at: www.tcd.ie