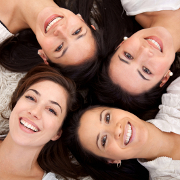 Gender-specific group therapy is effective for treating depressed women with Type 2 diabetes, according to a study. Evidence suggests that antidepressants may disrupt blood-sugar control and can be associated with increased weight gain; therefore, other treatment options are needed for depression.

"Using antidepressants to treat depression, although important, can be associated with side effects that make compliance an issue for people with diabetes or those at risk for diabetes," said Sue Penckofer. "This makes other options, such as cognitive-behavior therapy, increasingly important for diabetics with depression."

Depression is present in 25 percent of people with Type 2 diabetes and it occurs twice as often in women than men with the disease. This study evaluated women with significantly elevated depressive symptoms. Approximately half of study participants received a nurse-delivered group therapy program called SWEEP and the other half received routine care. Regular contact with a physician and clinic staff also was available to both groups.

SWEEP is a form of group therapy based on cognitive-behavior principles developed for women with Type 2 diabetes. This is the first cognitive-behavior therapy program to treat symptoms in depressed women in a group setting and to demonstrate an improvement in depression and other emotions.

Those who participated in this form of group therapy learned how blood sugar affects the symptoms of depression, anxiety and anger. They also were taught how to recognize signs of stress and how to think differently and identify other methods to decrease negative thoughts, improve self-care behaviors and communicate effectively. The study found that the percent of women who were depressed after six months of group therapy was substantially less than those who had usual care (35 versus 80 percent).

"Additional work needs to be done to develop treatment options that address the emotional needs of people with Type 2 diabetes," Penckofer said. "The next step would be to explore other tailored group cognitive-therapy programs for depression based on gender, race or disease. This is particularly important since depression is associated with relapse and use of cognitive therapy is associated with a lower relapse rates."


- More about the Loyola University Health System at: www.luhs.org