Half of Cancer Survivors Have Ill Health in Later Years 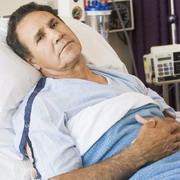 Forty-five per cent of cancer survivors in Northern Ireland suffer from physical and mental health problems years after their treatment has finished, according to new research from Macmillan Cancer Support and Queen’s University Belfast.

The study, the first of its kind in Northern Ireland, also found cancer survivors and their carers are more likely to access health services than the general population.

The research highlighted that so-called “late effects” of cancer and its treatment can include nerve damage, lymphoedema, extreme tiredness, memory problems and severe depression.

The report also found that 40 per cent of cancer survivors say they have unmet health care and social care needs. Caregivers were also just as likely to report poor physical and mental health as cancer survivors.

With the number of people being diagnosed with cancer set to double by 2030, Macmillan says the report provides further evidence that action must now be taken to transform how health care is delivered.

However, this report clearly shows that many cancer survivors continue to have poorer health often many years after completion of treatment. The fact that 40 per cent say they have unmet needs has significant implications for the future design and provision of cancer services across Northern Ireland.

“Of particular concern are issues around the health of carers who have also reported very similar levels of poor physical and mental health. The number of people living with cancer is growing every year so it is essential changes are made now to avoid serious problems in the future.”


- More about the Queen's University, Belfast at: www.qub.ac.uk