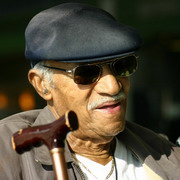 Intervention by peer mentors has a statistically significant effect on improving glucose control in African American veterans with diabetes, according to a study by researchers at the University of Pennsylvania and the Philadelphia Centre for Health Equity Research and Promotion (CHERP).

In the study 118 African American veterans aged 50-70 years old with persistently poor diabetes control were randomly assigned to three groups: those receiving their usual care (the control group for the study), those receiving peer mentoring, and those offered financial incentives if their glucose control improved. Mentors were matched with the diabetes patients according to sex and age.

"Our goal was to determine whether peer mentors or financial incentives would help African American veterans improve their glycosylated haemoglobin levels (HbA1c) – a marker of diabetes control – better than conventional care," said Judith A. Long, the study-leader. "We performed this study in an African American population because African Americans have higher rates of diabetes and more complications resulting from the disease than other populations."

Diabetes patients receiving their usual care were notified of their starting levels and recommended goals for HbA1c. Those in the mentor group were assigned mentors who previously had poor glycemic control but now had good control. Mentors participated in hour-long one-on-one training, including motivational interviewing techniques, and were informed that they would receive 20 Dollars per month if the diabetes patient confirmed that they had talked at least once a week. Those in the financial incentive group were told they would earn 100 Dollars if their HbA1c dropped by one point and 200 Dollars if it dropped by two points or to a level of 6.5 per cent.

In the six-month study, intervention by the peer mentors had a statistically significant effect in improving glucose control. On average, diabetes patients in the mentor group saw their HbA1c drop by approximately one percent (from 9.8 to 8.7). HbA1c levels in the financial incentive group dropped from 9.5 to 9.1, while the control group saw the smallest change (from 9.9 to 9.8).

The authors of the study note that several factors may have contributed to the success of the peer mentor intervention. First, those in the mentor group may have benefited from a culture of camaraderie among the veteran participants. Second, social altruism may be a powerful motivator if patients are provided with a mechanism to help each other. Third, a history of mistreatment and distrust in the health care system may make peer support particularly effective for minorities. Finally, mentors were given 20 Dollars to talk to the patients at least four times per month. This financial incentive may have motivated mentors to call more frequently.


- More about the University of Pennsylvania School of Medicine at: www.pennmedicine.org