Hearing Loss Can Be Caused by Secondhand Smoke 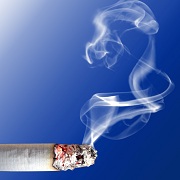 The teens exposed to secondhand
smoke were more likely to have
sensorineural hearing loss; © SXC

"More than half of all children in the U.S. are exposed to secondhand smoke, so our finding that it can lead to hearing loss in teenagers has huge public health implications," says Anil Lalwani, professor of otolaryngology, physiology and neuroscience, and pediatrics at NYU School of Medicine, who led the research. "We need to evaluate how we deal with smoking in public places and at home, as well as how often and when we screen children for hearing loss," he says.

The dangers of secondhand smoke are well known. Living with a smoker raises the risk of dying from heart disease and lung cancer, and in children exposure to smoke exacerbates the severity of asthma attacks and causes more than 750,000 middle ear infections, according to the American Cancer Society. The new study is the first to link secondhand smoke to hearing loss.

More than 1,500 teenagers aged 12 to 19 participated in the nationwide study. They were selected from the 2005-2006 National Health and Nutrition Examination Survey, which collects health information from children and adults around the United States. The teenagers were initially evaluated in their homes and then were given extensive hearing tests and blood tests for the chemical cotinine, a metabolite of nicotine, at a medical center.

The teens exposed to secondhand smoke, as measured by the metabolite in their blood, were more likely to have sensorineural hearing loss, which is most often caused by problems with the cochlea, the snail-shaped hearing organ of the inner ear. "It's the type of hearing loss that usually tends to occur as one gets older, or among children born with congenital deafness," explains co-author Michael Weitzman.

The study found that teenagers exposed to smoke performed worse across every sound frequency tested, especially mid-to-high frequencies important for understanding speech. In addition, teenagers with higher cotinine levels, indicating greater exposure, were more likely to have one-sided–or unilateral–low-frequency hearing loss. Overall, the researchers conclude that their findings indicate that "tobacco smoke is independently associated with an almost 2-fold increase in the risk of hearing loss among adolescents."

Over 80 percent of the affected teenagers in the study were not aware of any problem, the researchers reported. "Milder hearing loss is not necessarily noticeable," says Lalwani. "Thus, simply asking someone whether they think they have hearing loss is insufficient."

The consequences of mild hearing loss, which researchers suspect may be due to damage to the ear's delicate blood supply, are "subtle yet serious," says Weitzman. Affected children can have difficulty understanding what is being said in the classroom and become distracted. As a result, they may be labeled as "troublemakers" or misdiagnosed with ADHD (attention deficit hyperactivity disorder).

Currently, all infants born in the United States are screened for hearing loss; however, there are no guidelines for screening a child's hearing past the early school years, says Lalwani. "Those children who are exposed to secondhand smoke," he says, "need to be regularly screened."