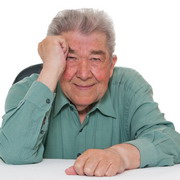 Caregivers' beliefs drove their
interactions with the patients;
© panthermedia.net/Denis Amato

Family members or professional caregivers who do everything for older adults with Alzheimer's disease may just be wanting to help, but one University of Alberta researcher says that creating excess dependency may rob the patients of their independence and self-worth.

Tiana Rust says her research indicated that caregivers adopted a "dependency support script," assuming control of tasks they believed patients seemed no longer capable of doing for themselves. She says this model shows that the caregivers' beliefs, rather than the person's real abilities, drove their interactions with the patients. Her research also showed that the caregivers' actions were also seemingly incongruous with their values of wanting to treat patients with respect and promote their independence.

With an aging Canadian population, the number of people suffering from the disease is expected to increase over the next 20 years, she says. Thus, changing behaviour becomes critical — and she is hoping her U-of-A based research will help spark that change.

"When we create this excess dependency that does not need to be there, this is a problem," said Rust. "1.1 million Canadians are projected to have dementia by 2038. So, if we are able to maintain and promote independence to the degree permissible by the disease, that is important."

Rust observed several caregivers and Alzheimer's patients in an experimental setting where they were asked to prepare a meal together. What she found was similar to behaviour patterns found in other studies with older adults: caregivers would assume responsibility for tasks that they believed patients were incapable of doing on their own. However, she noted that caregiver actions were not always based on their observations of the patient, but sometimes on their own beliefs.

"The caregivers who believed that people with Alzheimer's disease in general are more likely to be at risk for injury and are more accepting of help were more likely to be dependence supportive than independence supportive," said Rust. "This suggests that caregivers are basing their behaviours partially on their beliefs rather than basing their behaviours on the actual needs and the actual abilities of the people that they are interacting with."


- More about the University of Alberta at: www.ualberta.ca