Human Rights recommendations to the EU from the CRPD Committee 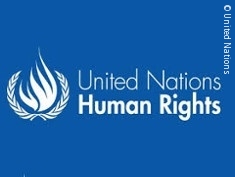 The Committee recommends that the European Union develops an approach to guide and foster deinstitutionalization; © United Nations

The European Network of Independent Living (ENIL) was present for the EU review in Geneva to follow the constructive dialogue between the UN and the EU.

"ENIL has been ringing the alarm bell for many years on the widening gap between the promise of our human rights as enshrined in the CRPD and the continued reality of marginalization, discrimination and institutionalization of disabled people in Europe. The UN expert committee in its concluding observations provides a strong and comprehensive set of recommendations to the EU for a better implementation of the CRPD and the advancement of our rights," says Peter Lambreghts, ENIL Senior Officer. "We especially applaud the very explicit recommendation on the correct use of EU funding for deinstitutionalization. The EU is urged to cooperate with the Member States to prevent the effects of austerity measures on the living conditions of disabled persons, a strong reflection of the concerns of the Independent Living movement. We hope and encourage the EU and all its institutions to see these recommendations as an obligation and a firm mandate to fully address our human rights in all their work and to show great leadership and guidance to the Member States in implementing the Convention and making Independent Living a reality for all."

The concluding observations and recommendations from the UN Committee are now published and stipulate how the EU should promote and protect the rights of disabled people in Europe in areas including: freedom of movement, non-discrimination, independent living, education, employment, legal capacity.

ENIL welcomes the UN recommendations to the EU. They reflect the issues of the Independent Living movement. The EU has given strong recommendations to make the rights of disabled persons and their families a top priority. We hope this day marks a speeding in the implementation of the UN CRPD and the full realization of Independent Living for all disabled people in Europe in the most near future.

Within one year the UN requires the EU to provide feedback on:

Progress in its independent monitoring mechanism, adoption of the long awaited European Accessibility Act, reviewing its Declaration of competences – this means the EU should update policy areas to apply with the Convention.

Within 4 years the EU will have a follow-up review. It will then have to explain which steps have been taken to implement the recommendations. The next progress report is to be submitted by January 2019.

ENIL will continue working actively to promote Independent Living and the Convention based on the UN’s concluding observations and the lived experience of our members throughout Europe.

Some of the important actions in the following years that the UN requests the EU to take are:
– To develop an approach to guide Member States’ efforts of deinstitutionalisation and to strengthen the monitoring of the use of the European Structural and Investment Funds with the meaningful engagement of representative organisations of disabled persons with disabilities. The UN Committee recommends that they should be used strictly for the development of support services for persons with disabilities in the local community and not for the re-development or expansion of institutions. The UN Committee further recommends the EU to suspend, withdraw and recover payments if the obligation to respect fundamental rights is breached.

– To adopt a comprehensive strategy to implement the Convention across all EU institutions and Member States.

– To create a minimum social protection floor from the economic crisis; the Committee expressed its deep concern in relation to the disproportionately adverse and retrogressive effect the austerity measures in the EU have on the lives of persons with disabilities.

– To take all measures to ensure that persons with disabilities deprived of their legal capacity can exercise all their rights given by EU treaties and EU legislation.

– To review EU existing legislation and policy to ensure that it is in line with the Convention.

– To run a campaign to raise awareness of the Convention and to combat prejudice against persons with disabilities.

– To take action to guarantee access to justice, prohibit involuntary detention and treatment, including forced sterilisation and abortion, and include the disability perspective in EU policy on violence, abuse and exploitation.

– To guarantee access for all children with disabilities to inclusive and quality education in European schools.

More about the European Network on Independent Living at: www.enil.eu
The UN’s concluding observations to the EU can be found here