Increased Mortality Rate in People with Autism Who also Have Epilepsy 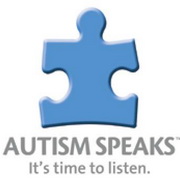 When epilepsy and autism occurred
together, mortality rates increased
by more than 800 percent;
© Autism Speaks

Autism Speaks and Miami Children's Hospital examined co-morbidity of autism and epilepsy in brain donations and data to examine differences in mortality.

A comprehensive investigation of brain tissue donated to the Autism Speaks Autism Tissue Program (ATP), a postmortem brain tissue donation program, determined that one-third of the brain donors with autism also had epilepsy, and co-morbidity data from the California State Department of Developmental Services revealed a higher than expected rate of mortality in individuals with both autism and epilepsy than for individuals with autism alone.

39 percent of the confirmed cases of autism from ATP donations also had a confirmed diagnosis of epilepsy, which is significantly higher than the estimated rate of epilepsy among the general autism population. The study also reported that data from the California State Department of Developmental Services demonstrated a higher than expected rate of mortality in individuals with autism and epilepsy than autism alone. These data are consistent with past reports. The paper concluded that when epilepsy and autism occurred together, the mortality rates increased by more than 800 percent.

"This study highlights the importance of early identification of epilepsy in children with autism and of autism in children with epilepsy," said Roberto Tuchman, pediatric neurologist at Miami Children's Hospital and member of the Autism Speaks Scientific Advisory Council. "The findings of this study should motivate the autism and epilepsy communities to increase their understanding of the risk factors and common mechanisms that can lead to epilepsy, autism, or both epilepsy and autism. Understanding these early determinants will allow for the development of effective interventions and preventive measures and ultimately better outcomes for children with autism and epilepsy."

It is well established that epilepsy is a major medical disorder that is often co-morbid with autism in as many as 30 percent of children. As many as one in 20 children diagnosed with autism by age 3 could either already have epilepsy or develop epilepsy later in life. As noted by the ATP more than a decade ago, sudden unexplained death in epilepsy has been identified as a cause of death in individuals with autism. Higher mortality rates than in the general population have been reported among individuals with autism, however, there is relatively little known about the specific risk factors that account for the reported higher-than-expected rate of mortality in autism.

"Sudden, unexpected or unexplained death in autism is often, but not always related to epilepsy and we need to use caution when interpreting these data," explained Autism Speaks Vice President of Clinical Programs Clara Lajonchere. "These findings are important for understanding risk factors that may contribute to early death in individuals with autism and further underscore the need for more accurate and accessible records on cause of death in this population. Furthermore, state surveillance programs should implement better tracking mechanisms to help us better understand mortality for individuals with autism and co-occurring disorders such as epilepsy. Critical initiatives supported by Autism Speaks brain tissue program will help bring these issues to the fore and provide information our community needs to help prevent early death in persons with autism."


- More about Autism Speaks at www.autismspeaks.org