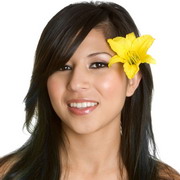 As the diabetes epidemic spreads worldwide, there is growing concern for Asian American populations, who are nearly twice as likely to develop diabetes, particularly type 2 diabetes.

"The medical profession needs to be aware of and address the unique characteristics of this population," said George L. King of Joslin Diabetes Centre. "Without this understanding, diabetes could be misdiagnosed or missed altogether."

Although there are large differences in immigration patterns and lifestyle adaptations to U.S. culture among these groups, common threads and new insights are emerging. Researchers are finding significant differences in how diabetes affects the body's chemistry, how to view body weight, and why commonly used laboratory tests may not be reliable in Asian populations. "Type 1 diabetes can be difficult to clinically differentiate from type 2 diabetes in Asians," said William C. Hsu of the Asian American Diabetes Initiative at Joslin.

Type 1 diabetes is relatively rare in Asians, with incidence five to 10 times lower than in people of European descent. But diagnosing the disease is more difficult because genetic markers and blood factors generally associated with type 1 diabetes are present in only 30 percent of patients of Asian descent. In other words, simply relying on conventional tests would lead to misdiagnosis of a large percentage of Asians who have type 1 diabetes. More research is needed to learn what other biological factors in Asians patients lead to the destruction of insulin-making beta cells, resulting in type 1 diabetes. Lab tests then could be developed to detect these specific factors.

Type 2 diabetes is the most common form of diabetes in Asian Americans, with prevalence of diagnosed cases in recent years jumping from approximately 1 or 2 per cent to 10 per cent today, compared with 6 per cent in the general population. Many others are undiagnosed or at risk, falling into the "pre-diabetes" category. In type 2 diabetes, the pancreas produces insulin but not enough, or the body's cells resist its effect. A risk factor commonly associated with type 2 diabetes is excess weight, often measured by calculating the body mass index (BMI).

But for Asian Americans with type 2 diabetes, the average BMI is between 24 and 25, well within the normal BMI range for the general population.

"The BMI in Asian patients can be misleading. They can look quite skinny," Hsu said. "Instead, we're learning that a better indicator of type 2 diabetes risk in Asians is fat deposits at the waistline." More research is needed to understand how visceral fat contributes to the onset of type 2 diabetes. If detected in the pre-diabetes stage, the disease often can be prevented.


- More about the Joslin Diabetes Centre at: www.joslin.org