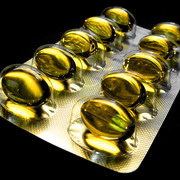 Japanese-American men who did not eat foods rich in vitamin D had a higher risk of stroke later in life, according to results of a 34-year study of the University of Hawaii in Honolulu.

"Our study confirms that eating foods rich in vitamin D might be beneficial for stroke prevention," said Doctor Gotaro Kojima, lead author of the study.

Vitamin D is an essential nutrient that helps prevent rickets in children and severe bone loss in adults, and researchers believe it has the potential to lower the risk of a host of diseases including cancer and diabetes.

Sunlight is generally the greatest source, but synthesizing vitamin D from the sun gets more difficult as we age, Kojima said, so older people are advised to eat more foods rich in vitamin D or take supplements. Good sources include fortified milk and breakfast cereals, fatty fish and egg yolks.

Participants were 45 to 68 years old in the mid- to late-1960s when they were first examined and interviewed about what they had eaten in the previous 24 hours. Food models and serving utensils were used to help participants determine their portions accurately.

Researchers separated the participants into four groups of approximately 1,845 each depending on how much vitamin D they had consumed. They then analysed their records through 1999, roughly 34 years after the initial exams, to determine the incidence of stroke. New strokes occurred in 960 men during the follow up period.

Researchers calculated risk while adjusting for age, total calorie intake, body-mass index, hypertension, diabetes, cigarette smoking, physical activity, cholesterol levels and alcohol intake. Men who consumed the least dietary vitamin D had a 22 per cent higher risk of stroke and a 27 per cent increase risk of ischemic (blood-clot related) stroke compared to those consuming the highest levels of vitamin D. There was no difference for hemorrhagic stroke.

Stroke ranks fourth among the leading causes of death in the United States. New or recurrent strokes strike about 795,000 Americans annually. Ischemic strokes account for 87 per cent of all strokes, and 10 per cent are from an intracranial hemorrhage (bleeding in the brain). The remaining 3 per cent result from bleeding in the subarachnoid space between the brain and the tissues covering it.


- More about the American Heart Association at: www.heart.org