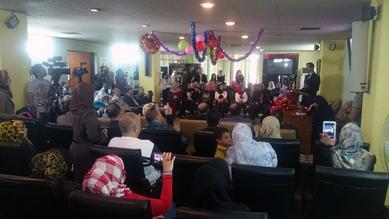 Prof. Al-Salihy co-organized the conference, which was held at the Psychological Research Center of the Baghdad University – Jaderiyah in Baghdad, Iraq in April 2015. He gave the keynote address and presented a scientific paper on biofeedback, neurofeedback and autism.

Prof. Al-Salihy is a Consultant Clinical Psychologist and Neuro-Psychotherapist based both at the Sigmund Freud Private University in Vienna, Austria and in his homeland, Iraq, where he is Director General of the Psychological Consultations Bureau of the Psychological Research Center run by the Iraqi Ministry of Higher Education & Scientific Research. He is also Director of the Selection & Screening Unit, a member of the Psychological Counseling & Psychotherapy Committee at Baghdad University and Founder and Director of the Contemporary Psychological Laboratory. The author of several scientific and academic books, articles and papers in different fields, Prof. Al-Salihy holds the World Certificate for Psychotherapy (WCPC), and is considered an expert practitioner in bio- and neuro-feedback.

The event was covered by various Iraq publications and TV stations, including Al-Mizab News Agency, Baghdad Arabian, the Azzaman Arabic Daily Newspaper , the University of Baghdad, Kulul Iraq, and others.