Mothers with HIV: Risk of Hearing Loss for Children 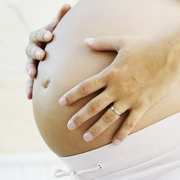 Children exposed to human immunodeficiency virus (HIV) in the womb may be more likely to experience hearing loss by age 16 than their unexposed peers, according to scientists in a National Institutes of Health research network.

The researchers estimated that hearing loss affects 9 to 15 per cent of HIV-infected children and 5 to 8 per cent of children who did not have HIV at birth but whose mothers had HIV infection during pregnancy. Study participants ranged from 7 to 16 years old.

The researchers defined hearing loss as the level at which sounds could be detected, when averaged over four frequencies important for speech understanding (500, 1000, 2000, and 4000 Hertz), that was 20 decibels or higher than the normal hearing level for adolescents or young adults in either ear.

"Children exposed to HIV before birth are at higher risk for hearing difficulty, and it is important for them ― and the health providers who care for them ― to be aware of this," said George K. Siberry who leads the research network.

"If parents and teachers know the child has a hearing problem, then they may take measures to compensate in various communication settings, such as placement in the front of the classroom or avoiding noisy settings," explained Howard Hoffman.

To determine the types of hearing loss the children experienced, the researchers conducted these evaluations:


- More about the National Institutes of Health at: www.nih.gov