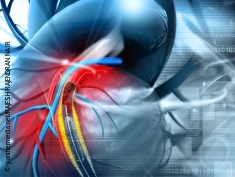 The introduction of Stent Retrievers for stroke treatment has been a significant game changer; © panthermedia.net/RAJESH RAJENDRAN NAIR

In the last decade, Intra-Arterial (IA) stroke therapy – a technique in which thrombolytic agents and devices are passed through the arteries directly to the clot site – has gained notable momentum as an effective and safe treatment option for patients. Two new studies further reinforce the value and progress of IA treatment with conclusions that the innovative new devices that facilitate this approach are reducing treatment times, improving outcomes and decreasing mortality rates.

Since Stent Retrievers - the latest evolution of devices for IA treatment - became available in 2012, no comparative analysis with pre-retriever devices has been conducted to determine differences in utilization or clinical outcomes.

"It is clear that the introduction of Stent Retrievers for stroke treatment has been a significant game changer. Not only have these tools provided practitioners with new approaches to treatment," said Dr. Srikanth Boddu, lead investigator and interventional neuroradiologist at the Weill Cornell Brain and Spine Center in New York, New York, "but we have also proven that innovation is worth the investment. With treatment advances, we are seeing increasing numbers of patients survive stroke."

In a second study the usefulness and performance afforded by evolving devices were again the focus as investigators sought to understand if newer tools were associated with better outcomes and shorter procedural times. A data analysis was conducted across 6 prospective and retrospective endovascular treatment trials, with various evolutions of the Penumbra Aspiration System being used as the primary therapy. Out of a pool of 932 subjects, study results showed that the newer and larger Penumbra catheters provided a faster and more efficient method for treating acute ischemic stroke. In turn, when considering variables including age, baseline National Institutes of Health Stroke Scale (NIHSS) score (which assesses stroke severity), and post-treatment status of restoration of blood flow, shorter procedural times were a significant predictor of better clinical outcomes at 90 days, as measured by the modified Rankin Scale (mRS), a standard tool used to indicate level of independence following a stroke.

Dr. Donald Frei, lead author of the study, president of the Society of NeuroInterventional Surgery (SNIS) and neurointerventionalist at Swedish Medical Center, echoed the optimistic sentiment espoused by Boddu. "As each new generation of devices provides improved tools for our treatment arsenal, we are able to adjust our approach to maximize efficiencies and results for our patients. Time is the most important factor when treating a stroke, so it is incumbent upon all of us to use every tool at our disposal to achieve fast and effective treatment," Frei said. "Thankfully, each generation of new devices has proven to reduce procedure time, which raises the chance of a successful operation."

More about the Society of NeuroInterventional Surgery at: www.snisonline.org