New insight into common cause of blindness 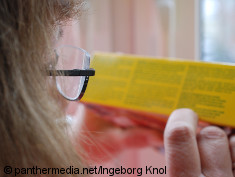 The major cause of blindness in the western world is Age-related Macular Degeneration (AMD); © panthermedia.net/Ingeborg Knol

Scientists at The University of Manchester have identified an important new factor behind one of the major causes of blindness, which they hope could lead to new treatments.

Age-related Macular Degeneration (AMD) is the major cause of blindness in the western world, affecting around 50 million people. It has been shown that sufferers are genetically predisposed to develop the condition.

One of the most important risk associated genes is called complement factor H (CFH). This encodes a protein called factor H (FH) that is responsible for protecting our eyes from attack by part of our immune system, called the complement system. FH achieves this by sticking to tissues, and when it is present in sufficient quantities it prevents the complement system from causing any damage.

Scientists from the Faculty of Medical and Human Sciences have now discovered that the protein factor H is not the main regulator of immunity in the back of the eye, instead it is a different protein that is made from the same CFH gene. This is called factor H-like protein 1 (FHL-1).

Simon Clark, a Medical Research Council Career Development Fellow, led the research: "FHL-1 is a smaller version of FH, in fact it is about a third of the size. However, it has all the necessary components to regulate the immune system and is still subject to the genetic alterations that affect AMD risk. Our research has shown that the FHL-1, because it is smaller than FH, can get into structures of the back of the eye which cannot be reached by the larger FH."

He continues: "Therefore, this research suggests that it is FHL-1 rather than FH which protects the back of the eye from immune attack and that insufficient FHL-1 in the back of the eye may result in inflammation that eventually results in vision loss from AMD. FHL-1, although very similar to FH in many ways, does have a totally unique ‘tail’ structure at its end. This tail seems to mediate how FHL-1 binds tissue. As such, this work has identified a new target for therapeutics aimed at readdressing immune imbalance in the eye, thereby preventing or slowing down AMD."

Clark successfully identified FHL-1 in human eye tissue that was donated with consent for research following removal of the corneas for transplantation.

He says: "There is no better way to understand and prevent blindness than to use actual human tissue."