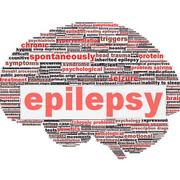 The findings could help millions of
people who are unable to control
seizures; © panthermedia.net/
Andrii Kondiuk

A study of researchers from University of Minnesota and Mayo Clinic shows that outlines how a new type of non-invasive brain scan taken immediately after a seizure gives additional insight into possible causes and treatments for epilepsy patients.

The new findings could specifically benefit millions of people who are unable to control their epilepsy with medication.

The study's findings include:

• Important data about brain function can be gathered through non-invasive methods, not only during a seizure, but immediately after a seizure.

• The frontal lobe of the brain is most involved in severe seizures.

• Seizures in the temporal lobe are most common among adults. The new technique used in the study will help determine the side of the brain where the seizures originate.

"This is the first-ever study where new non-invasive methods were used to study patients after a seizure instead of during a seizure," said Bin He, senior author of the study. "It is really a paradigm shift for research in epilepsy."

The biggest challenge for medical researchers is to locate the part of the brain responsible for the seizures to determine possible treatments. In the past, most research has focused on studying patients while they were having a seizure, or what is technically known as the "ictal" phase of a seizure. Some of these studies involved invasive methods such as surgery to collect data.

In the new study, researchers from the University of Minnesota and Mayo Clinic used a novel approach by studying the brains of 28 patients immediately after seizures, or what is technically know as the "postictal" phase of a seizure. They used a specialized type of non-invasive EEG with 76 electrodes attached to the scalp for gathering data in contrast to most previous research that used 32 electrodes. The researchers used specialized imaging technology to gather data about the patient. The findings may lead to innovative means of locating the brain regions responsible for seizures in individual patients using non-invasive strategies.


- More about the University of Minnesota at: www.umn.edu