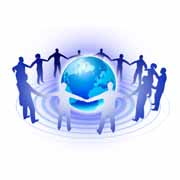 As the presence of social media continues to increase as a form of communication, health organisations are searching for the most effective ways to use the online tools to pass important information to the public.

Now, researchers at the University of Missouri have found that nonprofit organisations and community groups appear to be more actively engaged in posting health information and interacting with the public on Twitter than other types of health-related organisations, such as health business corporations, educational institutions and government agencies.

"Twitter may be more appealing to nonprofit organisations because it creates a barrier-free environment that allows these organisations to share important information through real-time exchanges without significant efforts," said Hyojung Park, a doctoral candidate at the Missouri School of Journalism.

"Unlike business organisations such as pharmaceutical companies, nonprofit health organisations and advocacy groups may suffer from lack of funding, staff, and other resources in developing and implementing communication strategies for health intervention and promotion programs. Thus, it is likely that nonprofit organisations and support groups recognize the rapid growth of Twitter and its value as an inexpensive but highly effective communication tool."

Park found that nonprofit health groups do an effective job of incorporating interactive elements into their communication planning. "Recent studies have shown that most social media users want organisations to be actively involved in social media and to communicate and engage the users directly," Park said. "Nonprofit health groups do a great job of this, which helps them communicate their health messages and, ultimately, to increase health literacy in the community."

Park also found that about 30 percent of health "tweets" were actually re-published or "re-tweeted" by readers who found the information useful or interesting. These retweets result in an even larger audience for the health messages.

Park says that this shows how dynamic and multidirectional communication on social networking sites such as Twitter hold great potential for health-related organisations to increase the awareness of health literacy, share resources, and foster public discussion. Park hopes future research will shed even more insight into how health organisations can effectively communicate their messages.


- More about the University of Missouri-Columbia at: www.missouri.edu