Number of people with Parkinson's disease set to double by 2031 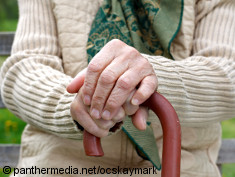 Every day 10 people are diagnosed with Parkinson's disease. Over the next 16 years, the number of Canadians diagnosed with Parkinson's is expected to double to more than 163,700. These statistics tell only part of the story. A recent Public Health Agency of Canada (PHAC) report MAPPING CONNECTIONS: An Understanding of Neurological Conditions in Canada offers other data, details and insights about the impact of Parkinson's disease in Canada. It also shines a light on the magnitude of challenges faced by families who live with neurological conditions as a part of daily life.

The health care costs of the disease are staggering. Parkinson's has the third highest direct healthcare costs of neurological conditions annually at $120,358,000, second to epilepsy and Alzheimer's and other dementias. For individuals living with Parkinson's disease, household finances can also suffer. People with Parkinson's have the highest rate of prescription drug use among those with neurological conditions and their annual out-of-pocket expenses average $1,100, second only to those people with spinal cord injuries.

"The impact on individuals and families can be overwhelming," says Joyce Gordon, President & CEO of Parkinson Society Canada."

Most caregivers are family members and caregiver stress doubles when caring for an individual with a neurological condition. This is particularly the case if the condition is accompanied by cognitive impairment or behavioral issues, which are common in people with Parkinson's. Fifty per cent of people living with Parkinson's experience memory limitations and 40 per cent experience thinking and problem-solving limitations.

Parkinson Society Canada will continue to extend its reach and ensure that every new person diagnosed with Parkinson's disease can find meaningful help and resources close to home. For example, a new, interactive map has been launched that enables Canadians to find and connect to resources in their province so that they can live life to the fullest. This online tool complements the toll-free National Information and Referral Centre, which can be accessed at 1-800-565-3000.

"It's important following a diagnosis of Parkinson's that individuals have access to evidence-based resources, which complement the information they've just received from their neurologist and family physician," says Grace Ferrari, National Manager, Professional & Public Education.

"It may be many months before their next specialist appointment, and in the meantime, they may have unanswered questions. We are here to make the journey more understandable."

Parkinson's is a chronic, degenerative neurological disease characterized by a loss of dopamine in the brain. There is no known cause or cure. Symptoms include: resting tremor, slowness of movement, stiffness or rigidity of muscles, difficulty with balance and walking, changes in voice volume and speech, and difficulty with fine movements. Non-motor symptoms include depression, loss of sense of smell, sleep disturbances and cognitive changes. The average age of onset is 60, but it can affect people as young as 30 or 40.

More about the Parkinson Society Canada at: www.parkinson.ca