One in Three Stroke Emergencies Do Not Use EMS 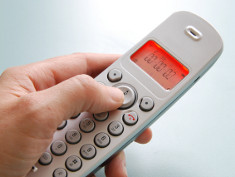 Each minute counts: Calling 911 in case of stroke is important and can be life saving; © Anna Leopolder/
panthermedia.net

More than a third of stroke patients don't get to the hospital by ambulance, even though that's the fastest way to get there, according to new research.

Researchers studied records on more than 204,000 stroke patients arriving at emergency rooms at 1,563 hospitals participating in the American Heart Association/American Stroke Association's Get With The Guidelines-Stroke quality improvement program in 2003-10. Emergency medical services (EMS) transported 63.7 percent of the patients, with the rest arriving in various other ways, researchers said.

"EMS are able to give the hospital a heads up, and that grabs the attention of the emergency room staff to be ready to act as soon as the patient arrives," said Jeffrey L. Saver, senior author of the study and director of the UCLA Comprehensive Stroke Center in Los Angeles, Calif. "The ambulance crew also knows which hospitals in the area have qualified stroke centers. Patients don't lose time going to one hospital only to be referred to another that can provide more advanced care if needed, whether that's drugs to bust up the clot or device procedures to remove it."

Minorities and rural residents were less likely to call for EMS at the signs of a stroke, researchers found. "A number of factors can fuel the reluctance to call 9-1-1," said James Ekundayo, lead author of the study and assistant professor in the Department of Family and Community Medicine at Meharry Medical College in Nashville, Tenn. "People may not recognize symptoms and may delay seeking medical care or call their doctor instead. We hear people say they just didn't want to be a bother, but many times there could have been a better outcome if EMS had been called."

About 795,000 Americans experience a new or recurrent stroke each year – a stroke every 40 seconds or a related death every four minutes. Boosting public awareness efforts and education is critical to improving stroke outcomes in the short- and long-term, researchers said.

The American Heart Association/American Stroke Association's Together to End Stroke, sponsored nationally by healthcare products leader Covidien, raises stroke awareness and educates Americans that stroke is largely preventable, treatable and beatable. The campaign now includes a free mobile app that highlights the acronym F.A.S.T. to help people recognize a stroke:
• Face Drooping – Does one side of the face droop or is it numb? Ask the person to smile.
• Arm Weakness – Is one arm weak or numb? Ask the person to raise both arms. Does one arm drift downward?
• Speech Difficulty – Is speech slurred, are they unable to speak, or are they hard to understand? Ask the person to repeat a simple sentence, like "The sky is blue." Is the sentence repeated correctly?
• Time to call 9-1-1 – If the person shows any of these symptoms, even if the symptoms go away, call 9-1-1 and get them to the hospital immediately. "Your life, your brain, depends on calling 9-1-1," Saver said. "Know the signs and act fast if you or someone you're with is having stroke symptoms."

More about the American Heart Association at: www.americanheart.org