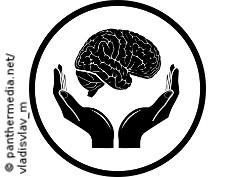 Researchers have long sought treatments that can slow the progression of Parkinson's disease. Current treatments have for decades been only symptomatic in nature, supplying the neurotransmitter dopamine, which the dying nerve cells can no longer produce.

Results from a recent clinical study offer hope that future therapies could take advantage of the brain's own protective mechanisms to limit neuronal cell death and restore dopamine production to natural levels.

Researchers at Lund University and Karolinska Institutet have, in a first-in-man clinical study with twelve participating patients, applied a growth factor to the brain with the hope of preserving dopaminergic cells and fibers.

The growth factor, PDGF (platelet-derived growth factor), has previously demonstrated, in studies in animals with Parkinson-like symptoms, reparative effects on both neurons and nerve fibers, while also leading to improved motor skills.

The results of the current study in patients show that applying the growth factor does not cause any serious unresolvable side effects. Perhaps even more encouraging are the images of the patients' brains, produced four months after the delivery of the growth factor.

Using a PET scanner, researchers have seen that in patients who received the growth factor the signaling of dopamine not only stayed at the same level, but even increased.

"In Parkinson's disease patients lose nerve cells continuously, which means that we see signals indicating dopamine processing constantly decreasing. What we have seen is that the patients who received the highest dose did not have the same decrease in these signals as the placebo-treated patients. Instead, we have actually seen an increase in signaling here. This indicates that we may have managed to reverse this process which is obviously very exciting", says Gesine Paul, research group leader at Lund University who is the first author of the study.

Experiments when researchers first tested the growth factor in animals were launched over ten years ago and the journey towards clinical trials has been a long one. It is now hoped that the positive results can speed up the process towards broader clinical studies where treatment effects in patients will be evaluated further. Paul and her colleagues also hope to identify in detail the mechanisms underlying the complex process of reparation that the growth factor seems to initiate.

"There are currently no drugs that can repair the structures in the brain that are lost in Parkinson's disease. Although we still have a long way to go our study suggests that it may be possible to stimulate the brain's built-in protective mechanisms in order to slow or halt disease progression. If we are to fully take advantage of the growth factor’s restorative properties we now need to better understand the underlying molecular processes. Next, we proceed with new clinical studies in Sweden, England and Germany", says Paul.