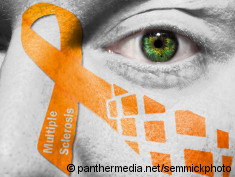 A total of 597 MS patients living in the United States participated in the study; © panthermedia.net/ semmickphoto

If you're one of the nearly half a million Americans living with multiple sclerosis (MS), you are likely dependent on disease-modifying drugs to prevent symptoms such as vision problems, balance issues and weakness. Often, these treatments have been developed through pharmaceutical industry-sponsored clinical trials (ISCT) in collaboration with academic or private practice physicians who care for MS patients. But what do patients know, or want to know, about their physician's financial relationship with the pharmaceutical company sponsoring such research?

A new study by University of Vermont neurologist and MS specialist Andrew Solomon, M.D., and colleagues reports that MS patients want to know the details of these relationships, and their decision to participate in a clinical trial for a new MS therapy may be influenced by their physician's disclosure of certain financial relationships with the pharmaceutical industry. The findings appear in an OnlineFirst article in the Multiple Sclerosis Journal.

Currently, disclosure of potential physician financial conflicts of interest – described by the study's authors as revenue generated by such clinical trials, as well as compensation for speaking engagements or consultative activities – is not routinely included as part of clinical trial informed consent and documentation practices. The researchers developed an anonymous survey to gauge patient attitudes on the issue.

"Physician-industry collaborations have advanced important scientific knowledge and helped develop new therapies that have significantly improved the lives of patients with MS," says Solomon. "However, direct industry financial support of physicians, physician practices, and academic departments involved in MS therapy-related multicenter ISCTs are an infrequently acknowledged source of potential physician conflict of interest, so we wanted to gauge patients' perspective on the issue."

Solomon and his coauthors report that the majority of the respondents believed disclosure of physician-pharma relationships was important, and rated clinical trial "compensation toward principal investigator salary" most important among the types of physician-industry financial relationships.

"While our study demonstrates the importance of disclosure of information concerning physician conflicts of interest in MS ISCTs to potential participants, our findings – drawn from a single survey – are limited," says Solomon. "More research on patient perspectives on this important issue, as well as how to most effectively incorporate this information into the consent process for research studies, is needed."

He and his coauthors, who advocate for standardization and transparency in communicating current physician-industry relationships in ISCTs, write that "avoidance or minimization of potential conflicts of interest is the goal."

More about the University of Vermont at: www.uvm.edu