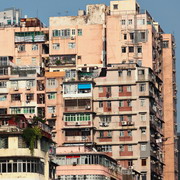 An Australian study revealed more than 30 per cent of people living in socially disadvantaged areas reported having arthritis, as opposed to 18.5 per cent in the more affluent areas.

People living in poor neighbourhoods have a higher rate and risk of arthritis - one of the most common causes of disability in the developed world.

Results revealed that people who live in socially disadvantaged areas were 42 per cent more at risk of getting arthritis than people in more affluent areas.

Lead author, Sharon Brennan from the University of Melbourne and Deakin University said of all the findings, it was location of residence that influenced arthritis prevalence the most and that it was a concerning and important finding.

"People with the condition suffer a lower quality of life. The symptoms of arthritis such as pain and immobility are debilitating," she said.

"Our results indicate that intervention efforts to reduce arthritis may need to focus on both people and places. It is widely known that obesity, age and social disadvantage are linked and are also risk factors for arthritis. This is the first time a study has shown specific associations with people's neighbourhoods which may explain that link," said Brennan.

Researchers surveyed 10,757 males and females aged 40-65 years, selected from 200 neighbourhoods of varying socio economic status in Brisbane. Neighbourhoods, areas within suburbs, are based on Australian Bureau of Statistics Census data, which groups 200 private dwellings by proximity.

Brennan said the study has important implications for policy, health promotion, and other intervention strategies designed to reduce the rates of arthritis. "Our next steps will be to find out why there is a link to arthritis and place," she said.


- More about the University of Melbourne at: www.unimelb.edu.au