Pregnancy and Birth Environment May Affect Development of Autism in Twins 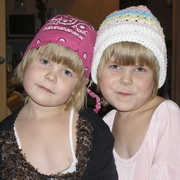 Genetics alone cannot account for
the high rates of autism among
fraternal, or non-identical, twins;
© SXC

"It has been well-established that genetic factors contribute to risk for autism," says Clara Lajonchere, a study co-author and vice president of clinical programs for Autism Speaks. "We now have strong evidence that, on top of genetic heritability, a shared prenatal environment may have a greater than previously realised role in the development of autism."

The study involved 192 pairs of twins, both identical and non-identical, where at least one of the twins in the pair had autism. This approach allowed the researchers to look at how often both children in the twin pair received a diagnosis of autism. Study of identical twins, who share 100 percent of their genes, helps researchers determine the degree to which a disorder is inherited, or genetic; and comparison to fraternal twins, who share around 50 percent of their DNA, allows researchers to understand how environmental influences add to the risk of ASD.

The finding that shared environment is of significant influence in twins has important implications for future research. Because the prenatal environment and early postnatal environment are shared between twins, it is believed that at least some of the environmental factors affecting susceptibility to autism exert their effect during these critical periods of life. Future studies that investigate such twin-shared experiences and their role in enhancing or suppressing genetic susceptibility are likely to advance the understanding of autism.

The study could not pinpoint the specific time period (i.e. early pregnancy, late pregnancy or birth), nor the specific risk factors (i.e. parental age, maternal nutrition, maternal infections during pregnancy, premature and/or underweight birth, etc.) that contribute to the increased risk notes Lajonchere. "Indeed, multiple-birth pregnancies are themselves associated with increased risk of developmental disorders such as cerebral palsy and autism. This speaks to the importance of further study on what prenatal and perinatal factors increase risk beyond that of inherited genes," she concludes.


- More about Autism Speaks at www.autismspeaks.org