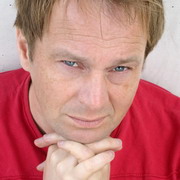 There is huge need for treatment
facilitation in bipolar disorders
© panthermedia.net/Toni Kuchinke

Despite international variation in prevalence rates of bipolar spectrum disorder, the severity and associated disorders are similar and treatment needs are often unmet, especially in low-income countries, according to a report.

"Bipolar disorder is responsible for the loss of more disability-adjusted life-years than all forms of cancer or major neurologic conditions such as epilepsy and Alzheimer disease, primarily because of its early onset and chronicity across the life span," the authors write as background information in the article. "Few prior international studies of BP have included information on severity or disability associated with this condition."

Three-quarters of those with BPS also met criteria for at least one other disorder. Anxiety disorders, especially panic attacks, were the most common comorbid condition.

The surveys found that treatment needs for BPS are often unmet. "Less than half of those with lifetime BPS received mental health treatment, particularly in low-income countries, where only 25.2 percent reported contact with the mental health system," the authors write.

The authors believe their findings document the magnitude and major impact of BP worldwide and underscore the urgent need for increased recognition and treatment facilitation.


- More about the Archives of General Psychiatry at: archpsyc.ama-assn.org