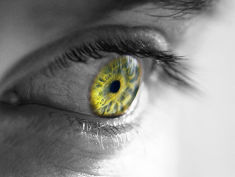 The probability of blindness due to the serious eye disease glaucoma has decreased by nearly half since 1980; © panthermedia.net/Philippe Ramakers

The probability of blindness due to the serious eye disease glaucoma has decreased by nearly half since 1980, according to a recent study.

The researchers speculate that advances in diagnosis and therapy are likely causes for the decrease, but caution that a significant proportion of patients still progress to blindness.

A leading cause of irreversible blindness worldwide, glaucoma affects more than 2.7 million individuals aged 40 and older in the United States and 60.5 million people globally. Significant changes in diagnostic criteria, new therapies and tools as well as improvements in glaucoma management techniques have benefited individual patients; however their effect on the rates of visual impairment on a population level has remained unclear. This study, conducted by a team based at the Mayo Clinic, was the first to assess long-term changes in the risk of progression to blindness and the population incidence of glaucoma-related blindness. By identifying epidemiologic trends in glaucoma, the researchers hope to gain insight into best practices for the distribution of health and medical resources, as well as management approaches for entire populations.

The researchers reviewed every incident case (857 cases total) of open-angle glaucoma (OAG) - the most common form of glaucoma - diagnosed from 1965 to 2009 in Olmsted County, Minnesota, one of the few places in the world where long-term population-based studies are conducted. They found that the 20-year probability and the population incidence of blindness due to OAG in at least one eye had decreased from 25.8 percent for subjects diagnosed between 1965 and 1980 to 13.5 percent for those diagnosed between 1981 and 2000. The population incidence of blindness within 10 years of diagnosis also decreased from 8.7 per 100,000 to 5.5 per 100,000 for those groups, respectively. Yet, 15 percent of the patients diagnosed in the more recent timeframe still progressed to blindness.

"These results are extremely encouraging for both those suffering from glaucoma and the doctors who care for them, and suggest that the improvements in the diagnosis and treatment have played a key role in improving outcomes," said Arthur J. Sit, associate professor of ophthalmology at the Mayo Clinic College of Medicine and lead researcher for the study. "Despite this good news, the rate at which people continue to go blind due to OAG is still unacceptably high. This is likely due to late diagnosis and our incomplete understanding of glaucoma, so it is critical that research into this devastating disease continues, and all eye care providers be vigilant in looking for early signs of glaucoma during routine exams."

The American Academy of Ophthalmology recommends that all adults receive a baseline eye exam by age 40, and for seniors age 65 and older to have an eye exam every one to two years or as directed by an ophthalmologist.

More about the American Academy of Ophthalmology at: www.aao.org