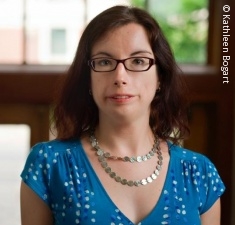 An international group of researchers centered at Aarhus University's Interacting Minds Centre has completed a study involving five Danish teenagers with Möbius Syndrome to see whether it is possible to teach persons who lack facial expressivity to use alternative communication strategies.

Möbius is an extremely rare congenital facial paralysis that is usually bilateral and complete. The paralysis leaves the face expressionless, which makes it difficult for persons with Möbius to express emotions or indicate that they understand a conversation partner's information. This severely inhibits interaction and rapport – creating a challenge not only for the persons with Möbius but also for their conversation partners who become insecure and nervous.

"Our research shows that the teenagers significantly improved rapport and interaction with their conversation partners without Möbius after just two days' workshop in compensatory communication strategies. And interestingly, it was not only the teenagers with Möbius who changed their behaviour; the non-Möbius interlocutors became much more expressive with both gestures and voices," says postdoc John Michael from University of Copenhagen's Center for Subjectivity Research.

John Michael is the lead author of the paper "Training in compensatory strategies enhances rapport in interactions involving people with Möbius syndrome", which has just been published in the journal Frontiers in Endovascular and Interventional Neurology.

Möbius Syndrome only occurs in 2 to 20 births per million, so it is an extremely rare condition, which is why the researchers only had five Danish teenagers to test their hypothesis on. But their results can nevertheless say something general about people who find social interaction difficult because of disfigurements or paralysis:

"The workshop we conducted for the five teenagers was adapted from one that the English charity organisation Changing Faces conducts for people with severe facial burns or disfigurements. That it proved so effective, not only for the five boys with Möbius, but also for their interlocutors, says something important about social interaction," says John Michael and adds:

"Möbius Syndrome and other conditions that can be socially challenging are often seen as problems which primarily involve the people with the syndrome. But the reactions they get from other people in social situations are equally important, as they can inhibit interaction and rapport. This insight may lead to new forms of therapy and treatment which address other people than just those affected by Möbius, i.e. the 'normal healthy individuals' who encounter and interact with people with Möbius. And the same may be true with respect to other cases, such as autism for example."

As Möbius is a rare and understudied syndrome, and the pool of participants small, the researchers behind the present study hope that their results will be replicated and extended by other researchers.

"As always, more studies are needed. We will seek to replicate the findings with new participants, and observe the long term effects of more prolonged training and of different communicative strategies. But these first findings are highly promising, and it is especially satisfying to see that the basic research we are doing has many practical applications, which can make a real difference in some people's lives," John Michael concludes.

The two interactions were recorded on video and other kinds of recordings were made. These were then assessed by neutral observers. The results documented that the workshop had had a highly positive effect on the interaction and rapport in both groups.

More about the University of Copenhagen – Faculty of Humanities at: www.humanities.ku.dk