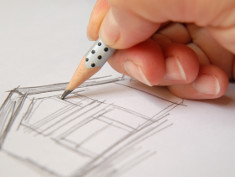 Researchers at the University of Missouri (MU) have shed light on ways in which a patient compensates when losing a dominant hand and suggest new and improved rehabilitation techniques for those suffering from amputation or stroke.

"Half of the work in our lab focuses on amputees, particularly upper limb amputees, who are out of the acute phase of their recoveries; the other half involves those who have suffered the loss of function due to stroke or neurological disorders," said Scott Frey, professor of psychological sciences and director of the Brain Imaging Center at MU. "Our project analyzed the consequences of losing your dominant hand and how behaviors change for amputees. We also used functional magnetic resonance imaging (fMRI) to study brain function in people adapting to those situations. Our hope is that by studying how amputees cope in these circumstances, we can help improve rehabilitation methods and quality of life in patients facing this loss."

In the study, amputees forced to use nondominant hands performed simple drawing tests and were checked for speed and accuracy. Frey and Benjamin Philip, a postdoctoral research fellow in the Department of Psychological Sciences at MU, found that individuals who were forced to compensate with their nondominant left hands actually performed precision tasks as well as the control group did with their dominant right hands.

The same tests were then conducted under fMRI so that brain function could be observed. Researchers found that the areas formerly devoted to motor and sensory functions of the amputated hand actually contributed to compensation for the loss on the nondominant side.

"Most people know that the left side of your brain controls the right hand and vice versa," Frey said. "For example, if you're right-handed and you're writing or drawing, the left sensory and motor areas show increased activity. We found that when amputees were forced to use their nondominant hands for years or decades, they exhibited performance-related increases in both the right and left hemispheres. In other words, their ability to compensate with the left hand appears to involve exploiting brain mechanisms that previously were devoted to controlling their now absent dominant hands. This compensatory reorganization raises the hope that, through targeted training, non-dominant hand functions can be vastly improved, enabling a better quality of life for those who have lost dominant hand functions due to bodily or brain injury or disease."

Although more work is needed, Frey specifically suggests that his team's work on amputees may inform rehabilitation of stroke patients who do not regain precision control of the dominant hand during acute and subacute phases of recovery. For some patients in the chronic phase of recovery, which is the first 7-18 months following a stroke, it may make sense to train the less affected nondominant side.