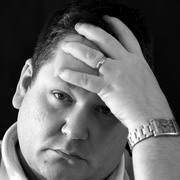 US researchers found that if traumatic brain injury (TBI) victims feel close to a higher power, it can help them rehabilitate.

Traumatic brain injury is a disruption of normal brain function after a head injury, according to the Centers for Disease Control and Prevention. Those struggling with the long-term effects of TBI are at a heightened risk for mental and physical problems. Such problems can significantly inhibit rehabilitation outcomes and are therefore important to address in the context of rehabilitation efforts. And when TBI leaves people feeling stressed, less satisfied with life and functionally dependent on others, rehabilitation is the only option.

"Among healthy adults, religion and spirituality have shown strong association with improved life satisfaction and physical and mental health outcomes," said Waldron-Perrine. She interviewed and completed neuropsychological tests on 88 individuals diagnosed with TBI victims, most of whom were male, African American Christians. Participants also completed a neuropsychological measure of their cognitive abilities. A significant other of each TBI victim also participated and reported on the injured individual's functional status.


- More about the Wayne State University at: www.research.wayne.edu