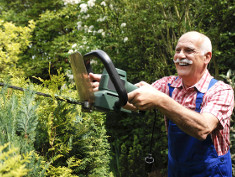 The reports wants people to be much more in control of when they retire;
© Bernd Leitner/panthermedia.net

A report led by a professor at the University of Southampton recommends the worldwide removal of the fixed or default retirement age (DRA).

"We have a global problem with funding pensions, which assume people will retire around their mid-60s. Young people are tending to start work later and in-turn start paying tax and pension contributions later. Older people are living longer, often in to their 90s, creating, in some cases, up to 30 years of retirement to provide for with their cover. This creates a funding gap,” Baruch comments. "Our study advocates the abolition of the default retirement age worldwide by governments and private companies – allowing people to consider a range of options on how and when to stop work, as well as greater flexibility over their pension plans. This would help ease funding problems."

The UK abolished the default retirement age in 2011, although a small number of organisations can fix their own DRA if they can justify reasons for doing so. However, other countries still have fixed retirement ages. The report authors have used the UK as a case study to examine the benefits and pitfalls of a more flexible approach to retirement.

The researchers conducted financial analysis based on Monte Carlo simulation methodology to interrogate pension and other financial data. Their results suggest that where DRA is in place the pensions system is not sustainable in the long-run and recommend ending its use in other countries, in line with the UK approach.

"We would like to see a situation where people globally can be much more in control of when they retire. For example, they may want to work into their 70s or even 80s, but perhaps want to change the type or volume of work they take on,” Baruch says. "Our study suggests that old age can be seen as holding the prospect of long-term stable contributions to society, rather than a decline or preparation for giving up work altogether – which can lead to pressure on the public purse."

The researchers conclude that if the default retirement age is to be successfully abolished worldwide, there needs to be a shift in cultural attitudes towards older workers and the perception of their value and productivity – as well as a change in the labour market to help older workers step into jobs, as well as out of jobs. They also recognise that the effects on different countries will vary, but suggest, overall, a policy of abolition is the best route.

More about the University of Southampton at: www.southampton.ac.uk