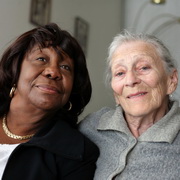 In a new study, one researcher will explore why in old age, blacks are much more likely to have dementia than whites.

Prior research also shows of those 71 years and older, blacks had four times greater risk of having mild cognitive impairment, or various types of mental processing problems, than whites.

Sociologist Zhenmei Zhang's study will be the first to produce statistics about life expectancy with and without cognitive impairment by race and gender in the United States.

"Previous studies have shown that older blacks are more likely to suffer from cognitive impairment than older whites, but it is not clear why older blacks are at a higher risk," Zhang said.

Zhang is using a 74,542 dollar National Institute on Aging grant to look into the magnitude of the gap and locate the windows of opportunity to intervene and reduce the disparity.

The study will use data from the 1998-2010 waves of the Health and Retirement Study and the Aging, Demographics, and Memory Study, which focuses on those older than 70 who were clinically assessed for cognitive impairment.

"Childhood socioeconomic differences may account for a substantial part of the racial gap in cognitive impairment in later life," Zhang said.

The epidemic of cognitive impairment and dementia is expected to worsen in future years as the number of blacks aged 65 and over will more than double by 2030. Zhang said the results of the study can help families and policymakers make plans for the associated health care and long-term care needs of those suffering from cognitive impairment.

"Understanding the origins, mechanisms, and consequences of racial gaps in cognitive impairment can potentially lead to effective interventions to reduce this kind of racial disparity in the U.S.," Zhang said.